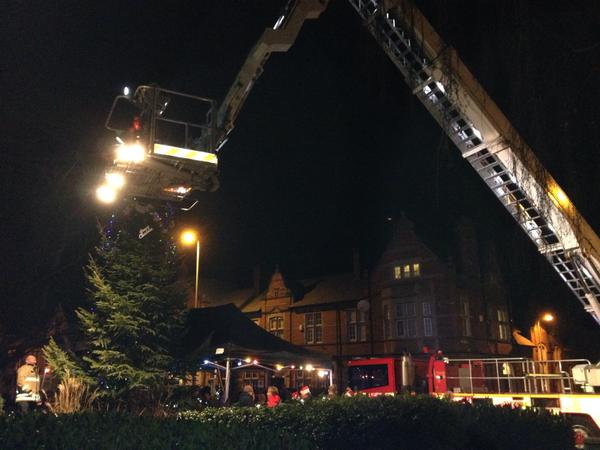 On Friday night I was delighted to be at the lighting of the Christmas tree in Maindee, organised by Maindee Action Group with local Cllrs Chris Jenkins and Majid Rahman.  Well done to all involved, especially the Fire Brigade and the Police.

It’s an exciting time for Maindee.  I have copied below an article I wrote for the South Wales Argus about the grants received.

Week by week it’s heartening to see from my constituency office window in Clarence House just how much progress is being made on the Friars Walk City Centre development which will open in the autumn next year.

But it’s good to see the east of the City receiving its fair share of attention too. Last week we learnt that Maindee is to receive a large £365,000 grant from the Arts Council for local regeneration. Over the next three years the ‘Finding Maindee’ project will aim to transform one of our outdoor and indoor spaces in Maindee, alongside arts projects for the community and local business.  Well done Maindee Festival Association for this -; it’s a tremendous achievement from a team that brings us such a vibrant festival.

This large grant comes hot on the heels of the £20,000 award to Maindee Action Group for volunteers to regenerate the St Mary’s corner site.  This is on top of the £38,200 secured by Maindee Unlimited and Newport Council from the Welsh Government to redevelop the shopping area in Maindee.

It’s great to see the regeneration of Maindee as a priority, so all credit to those involved in securing this funding in tough times.  Not least the committed volunteers involved in the Maindee Festival Association and Maindee Action Group who are working so hard with such vision alongside their local Councillors.