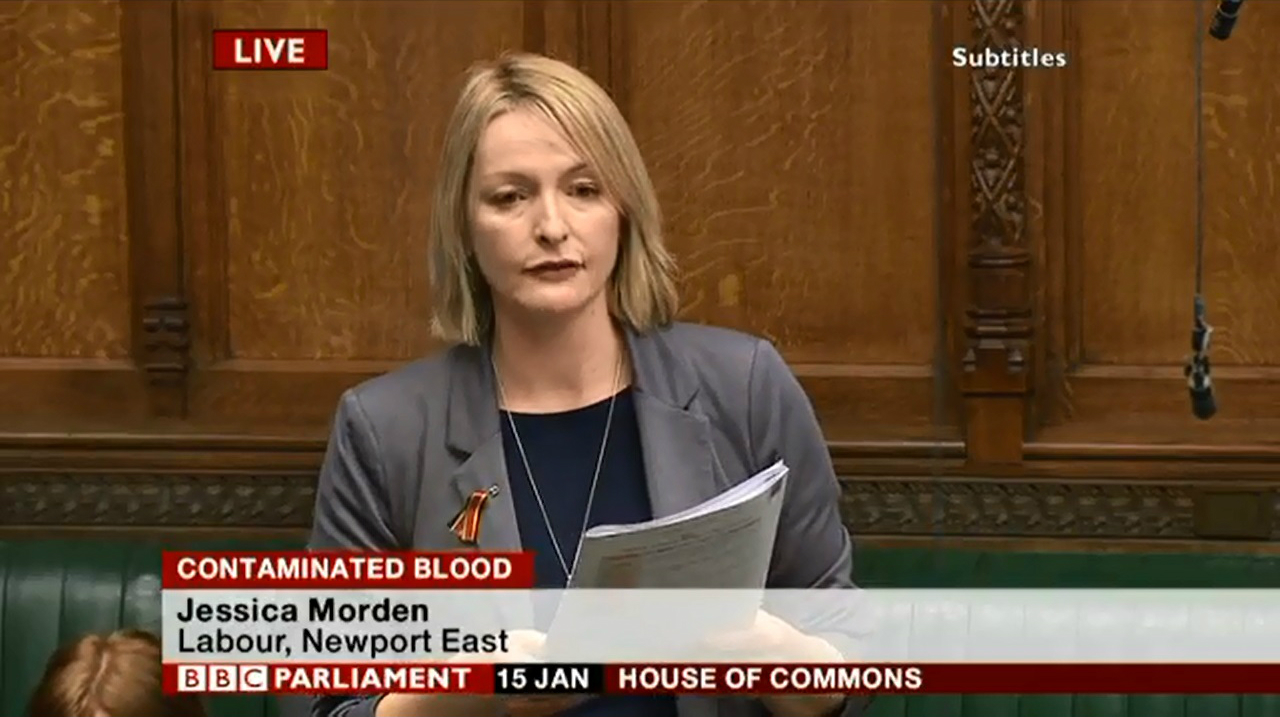 I spoke today in the Contaminated Blood debate.  A copy of the speech is below.

I went to the launch of the report by the all-party group yesterday. On behalf of my constituents who are affected, may I say a very big thank you to hon. Members and former hon. Members who have pursued this issue over the years to publish the report, in particular my hon. Friend the Member for Kingston upon Hull North (Diana Johnson) and the hon. Member for Colne Valley (Jason McCartney)? It is hard to believe that, after all these years, this is the first survey of those affected by this scandalous tragedy. I support wholeheartedly the efforts of the right hon. Member for North East Bedfordshire (Alistair Burt) to secure this debate and all the work he has done. Even though the Penrose report has been delayed, we cannot delay talking about this matter-it has taken far too long already.

I support the recommendations in the report that deal with the experiences that constituents such as Lynn Ashcroft have had. I spoke to her last night on the phone. She had been reading the report and described it as “very comprehensive and moving”. Lynn’s late husband, Bill Dumbelton, was a haemophiliac. Bill was one of the first haemophiliacs to treat himself at home with cryoprecipitate. He contracted HIV and hepatitis C from the blood he was given. He lost his job with BT in the 1980s after he told the occupational health department about his HIV status.

Sadly, Bill died at the age of 49 and Lynn was widowed at 35. Bill had no life cover. As Lynn explained, because of his haemophilia no one would insure “people like him”. As well as having to come to terms with the loss of her beloved husband, Lynn was left with the mortgage and other financial challenges. Lynn did receive money through the Skipton Fund, although she feels she had to jump through many hoops to get it. It took her two years to get to stage one, during which vital medical records were lost. In her words, the Skipton Fund process was “brutal”. Several appeals in three to four monthly intervals over two years made her grieve all over again. It took a huge toll on her personally. As Lynn says, the Government cannot bring back the dead or restore their health, but they can award a financial package that will ensure survivors and their families are financially secure for life. In her words, she wants to see no more charities, no more funds and no more begging. Lynn has been helping other widows to get through the overly complicated system. I hope that, as a consequence of the report, the Government will act on its recommendations.

Bill died in the same year as Colin Smith. Colin’s parents, Janet and Colin, live in my constituency. Colin’s tragic story is on the “Tainted Blood” website, as is Bill’s, and the story of his extremely short life illustrates why we need a public apology, which is long overdue. Colin went into hospital at eight months of age for a minor ear condition. As a haemophiliac, he received factor VIII, which the family learnt following a freedom of information request came from a batch from a prison in Arkansas. He spent his short life fighting illness. He died, aged seven, of AIDS and hepatitis C. The family did not know he had hepatitis C until three years after his death. That was kept secret, as so much has been kept hidden. It was a real battle to discover that.

On behalf of the family, may I say they are angry that there was never a public inquiry and that the full findings of Archer were not accepted? They passionately believe that more should be done to help those still living with the consequences of what Lord Winston described as the worst treatment disaster in the NHS. They have taken comfort in the friends they have made through the “Tainted Blood” campaign, but say they have not felt strong enough to attend the constant funerals, as their friends pass away. The Smith family and others need and deserve closure.

Two days ago, it was the 25th anniversary since Colin’s death. This was the tribute on the “Tainted Blood” Facebook page:

“Today marks the 25th anniversary of the death of Colin Smith. He was a haemophiliac, but despite that lived a normal fun-filled life, along with his two brothers and his mum and dad. Then, in the middle of the AIDS crisis, he was given a non-emergency operation, during which he was given a batch of blood product. Colin died of AIDS, aged seven, in Janet’s arms, weighing around the same as a baby. His family have never recovered from it, and never will.

Please, as you read tomorrow’s APPG report and as you watch the debateremember Colin and all of those who, like him can’t be there with us. Please remember all of those who might not see the end of this yearThousands of people, like Colin, simply didn’t make it this far. He never had the chance to join the cubs, play football for his school, have a girlfriend, go travelling or get marriedInstead, his short life was filled with hospitals, doctors and illness. He was just a little boy, but a very special one who we, at TB, always keep in mind as we campaign.”

While long overdue, it is time for a public apology and a final settlement. Anything less will just continue to hurt the innocent victims and their families who, through absolutely no fault of their own, have had their lives torn apart by this national scandal