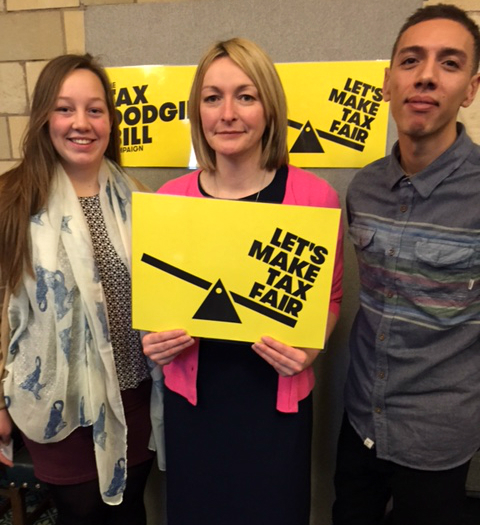 Today I attended the campaign in Parliament held by The Tax Dodging Bill Campaign.  I support their calls for the next Government to crack down on tax avoidance.

This week, Ed Miliband and the Labour party have taken on the tax avoiders.  We have announced that our first Finance Bill will act to tackle tax avoidance, especially when just one out of 1,100 people who have avoided or evaded tax have been prosecuted following the revelations of malpractice at HSBC bank – these were first given to the Government in May 2010.

Labour will put UK tax havens on an international blacklist within six months of a Labour government taking office unless they end their system of secrecy and produce a public register of offshore company owners.

Labour will also act in our first Finance Bill to:

Labour’s measures to tackle tax avoidance will also include: