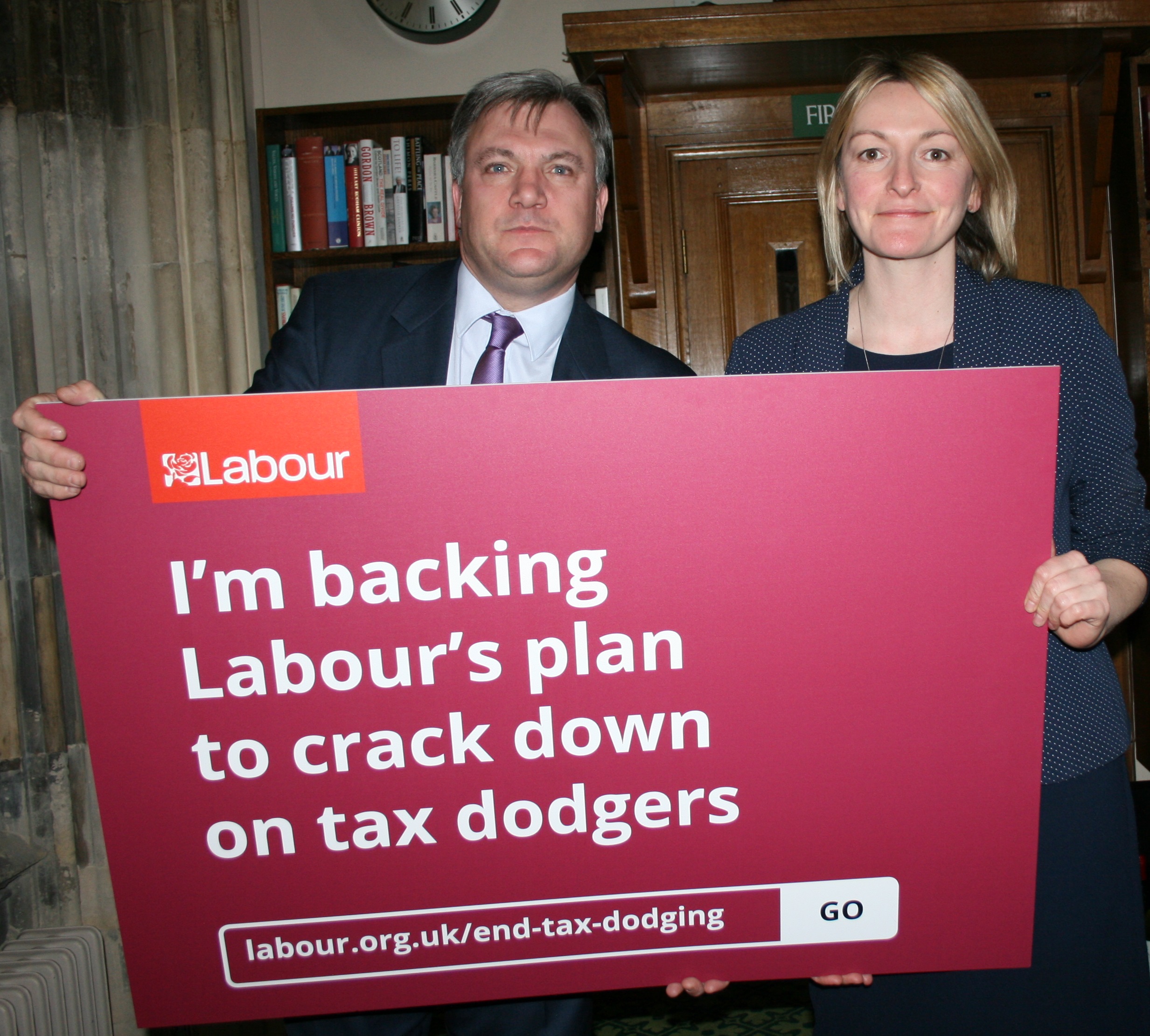 Many constituents have contacted me over the last week about their concerns about tax avoidance and the lack of action by the Tory/Lib Dem Coalition Government to stop this.

And this week in Parliament, Tory MPs voted against Labour’s plans to crack down harder on tax avoidance.

Hard working families have had enough of David Cameron’s failing economy, and his economic plan which doesn’t work for them because it always prioritises helping a few at the top.

Ed Miliband has said that he will put UK tax havens on an international blacklist within six months of a Labour government taking office unless they end their system of secrecy and produce a public register of offshore company owners.

Ed Miliband has also pledged that Labour will act in our first Finance Bill to:

Labour’s measures to tackle tax avoidance will also include: