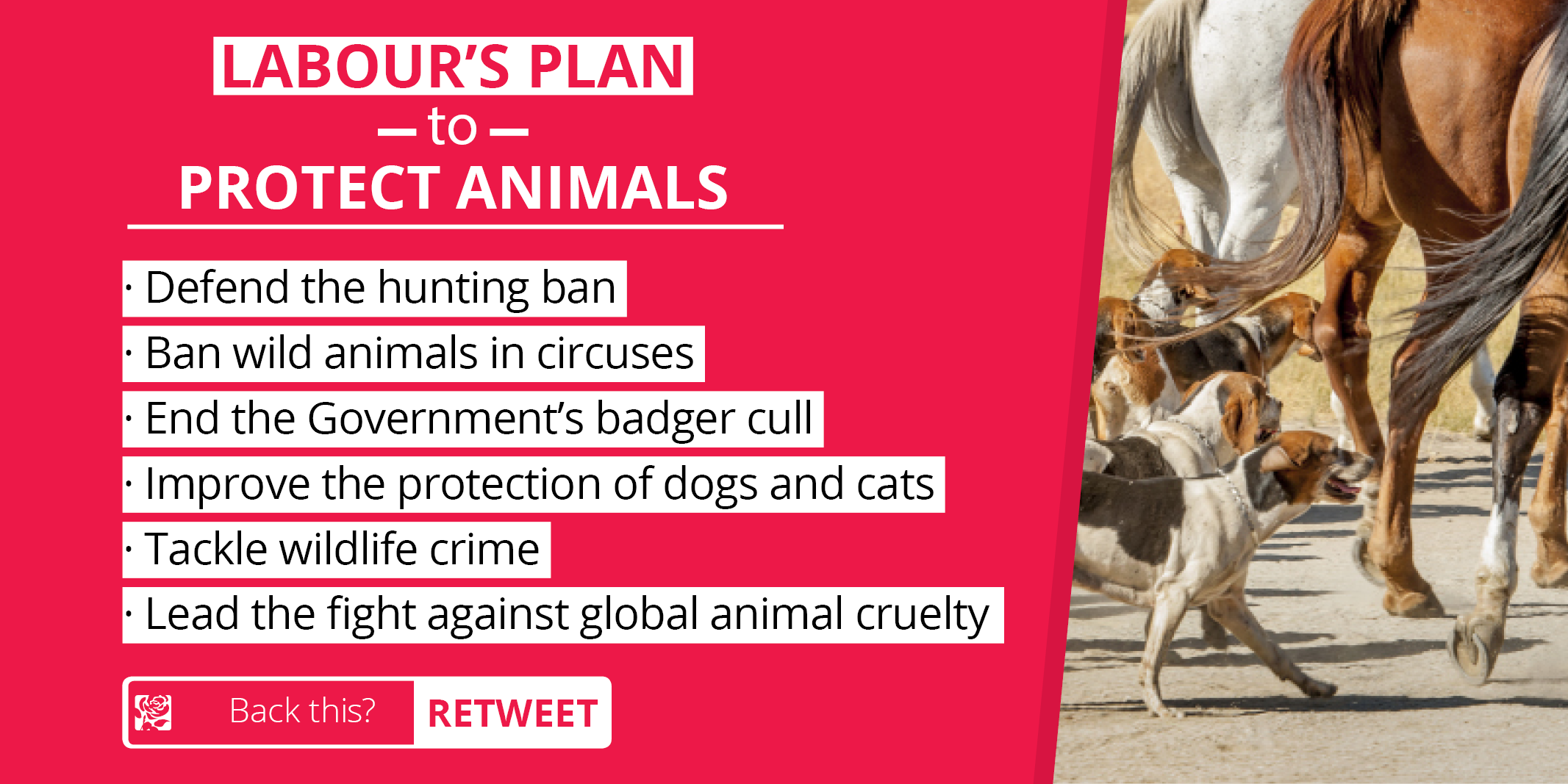 This week Labour has announced a series of commitments to protect animals.  Animal welfare and protection are among the issues I am most contacted about so I wanted to share the policies we will implement.

3)         Labour will end the ineffective and inhumane badger culls
Badger culls are supposed to reduce Bovine TB but experts say the Tories’ culls will make the problem worse.  Following repeated failures to meet deadlines and targets, the Tories are effectively pursing an unscientific mass cull with no rigorous monitoring or evaluation.  Labour will end this and develop a better plan to eradicate Bovine TB.

5)         Labour will tackle wildlife crime and reduce animal cruelty on shooting estates
More needs to be done to protect animal welfare on shooting estates.  The next Labour government will undertake an independent review into the most effective way to end the illegal persecution of birds of prey, such as the hen harrier; prevent non-target animals getting trapped in snares; and ensure the humane treatment of game birds.

6)         Labour will lead the fight against global animal cruelty
The humane treatment of animals should be a benchmark for any civilised society.  National governments have a duty to work together to prevent cruelty around the world.  Labour will push to end all commercial whaling and prevent the poaching and near extinction of endangered species such as elephants, rhinos and tigers.