The annual St David’s Day debate took place in Parliament last Thursday.  In my speech, which you can read below, I concentrated on constituents’ experiences of insecure and low paid work and on some of the Transport issues I’ve been pursuing for Newport East. Please do contact me if you have issues you would like me to raise so that I can ensure they get a voice in debates such as these. 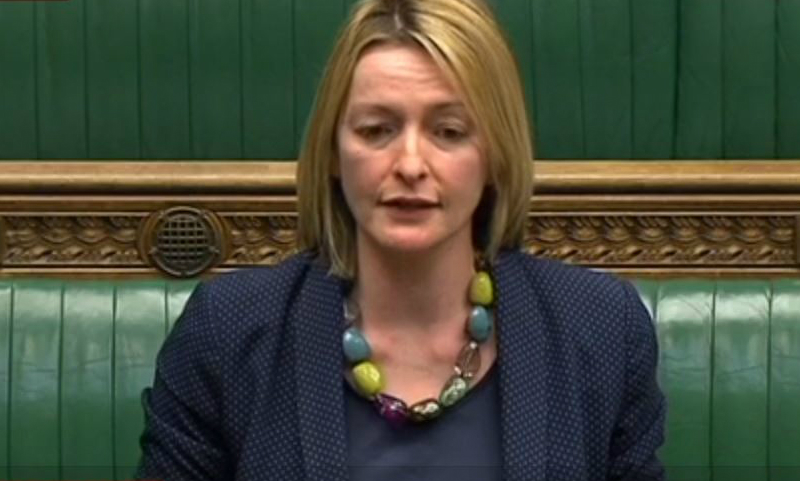 Jessica Morden (Newport East) (Lab): Like my hon. Friend the Member for Ynys Môn (Albert Owen), I want to talk about jobs. In part, I want to do so because yesterday at Wales questions the Secretary of State said that Opposition Members were “peddling a gross caricature of the Welsh economy”-[Official Report, 4 March 2015; Vol. 593, c. 928.]

when we talked about the rise in low-paid insecure work in Wales. I say gently to the Secretary of State that he talks about a recovery bearing fruit, but not for the many of my constituents who come to see me week on week with their experiences of what it is like trying to find work out there. It is harder now to find a job with decent pay, predictable hours and security than it was before the financial crash.

We must of course all welcome unemployment coming down. I certainly do. We all want to see more people in work. However, we should not repeatedly ignore what is certainly the reality for many workers in Wales. We should not kid ourselves that everything is fine. The number of people in temporary employment in Wales since 2008 is up by 28%. The number of full-time jobs is down according to some estimates by about 51,000. There are 100,000 minimum wage jobs in Wales and 260,000 people earning less than the living wage. That is about a quarter of the work force, which is much higher than the UK average.

As we heard earlier, the Office for National Statistics estimated last week that about 1.8 million people were working zero-hours contract jobs, a statistic that could equate to about 90,000 workers in Wales on zero-hours contracts. These are often jobs without holiday pay, sick pay and pension rights. It is not always bad to be on a zero-hours contract-for example, there are students who hope that it will tide them over-but for many others, as my hon. Friend said, it is about financial security and the ability to plan for the future. Many of these jobs pay on average about £300 less a week than other jobs. Figures last week from the Office for Budget Responsibility show that the taxpayer has been hit with a bill of about £90 million for top-ups such as tax credits, because many of the new jobs are so low paid.

Stephen Crabb: The hon. Lady is of course absolutely right to describe the insecurity people feel when they are doing jobs that do not give them enough hours, or minimum wage jobs that do not bring home enough money to provide for their families. However, the ONS last week was very clear that the 1.8 million figure refers to the number of contracts in the British economy, not the number of individuals on zero-hours contracts. We have to be very careful. The actual, correct figure-I should have come back to the shadow Secretary of State yesterday on this-for the number of people in Wales on zero-hours contracts is 35,000. That represents less than 3% of all employees.

Jessica Morden: But 35,000, even if it is that figure, still represents a huge number of workers in insecure work who cannot plan for the future because they do not know what their weekly income will be.

There is now an extra bill for topping up pay with things such as tax credits because so many of the new jobs in the economy are so low paid. We can debate the figures, but we also need to think about the issues that people bring to me week after week. It is only fair in such debates that I give a voice to some of the people I have seen recently. Last week, a man contacted me about a jobs issue facing members of his family. A Newport company had changed its cleaning contract, presumably to save money, and the new contractors told the staff that they would have to work for six weeks before they were paid, and then they would be paid only for four weeks. That is how they were to keep their just-above-minimum-wage jobs that they had had for 10 years.

I met a graduate who works for a sports shop on a zero-hours contract and who had lots of hours before Christmas but is now being offered one or two shifts a week if she is lucky. She is a graduate who wants a long-term career, but she is having to hang on to that job because that is all there is. A constituent who is in the same boat is working in the care industry on a zero-hours contract. She is struggling to get any kind of mortgage because her weekly take-home pay is so insecure. A construction worker’s pay is being reduced because he is being paid through an umbrella company that is owned by the contractor he is working for, which then deducts unnecessary fees from his take-home pay. I am glad that that practice has been outlawed by the Welsh Government, particularly for the work on the heads of the valleys road, but it should be outlawed more widely, and I hope it is.

I recently spoke to a group who volunteer to work in food banks across south Wales. They said that the rise in the number of people going to food banks is due to welfare changes, but also that they are seeing more people who are in low-paid work. One of the volunteers asked me, quite reasonably, “Why won’t Government Ministers come and talk to us on the front line so that they can see the reasons why people are coming to use food banks and act on it?” I told her about the inquiry by the all-party group on hunger and food poverty, led by the Bishop of Truro. It has produced an extremely comprehensive and readable report called “Feeding Britain” that has come up with some very sensible recommendations. The report said that, yes, welfare changes, sanctions and the bedroom tax are all factors in the rise of food banks, but it is also due to the fact that a quarter of people using them are in low-paid work. I had to say to her that groups like this have been doing this work, and they have gathered the evidence, but the Government are choosing not to hear it.

We need decent work and decent pay. That was recently the subject of a Wales TUC campaign. I hope that a future Labour Government will pledge to take action on the minimum wage, encourage more people to pay the living wage, tackle zero-hours contracts, and begin to put some of this right.

I know that it is nearly time for the main act, but I want to talk about one more thing that I hope we get right in future. It was mentioned by the hon. Member for Monmouth (David T. C. Davies) and is probably one of the few things on which I agree with him. It is the thorny issue of the Severn tolls, which are, as we repeatedly say, the highest tolls in the UK. That is felt most keenly in constituencies such as mine, by commuters, by businesses and by hauliers. The concession has not served us well, and we hope that it will end in 2018. Every time we ask when it will end, the period extends and extends again. That indicates how difficult the issue has been. It is now time for us to start to make sensible decisions about tolling levels in future. We all want the tolls to come down, and I think we should consider creative options such as off-peak travel for hauliers and concessions for people who live locally. The Welsh Affairs Committee has done some excellent work which I think could form the basis of a solution. I hope that we can cut those tolls dramatically, and ensure that high tolls are not used as a cash cow for the Government in the future. That-along with persuading First Great Western to increase its capacity on commuter routes such as the one from Bristol to Cardiff-would go some way towards resolving some of the transport problems in my part of the world.

Let me end by wishing a very happy retirement-well, it is not strictly a retirement, but it is a retirement from the House-to the right hon. Member for Dwyfor Meirionnydd (Mr Llwyd), and also to my right hon. Friend the Member for Torfaen (Paul Murphy), who has given fantastic support to me over the years, both in this place and in my former job. I know that we shall miss him greatly.