Standing up for Steelworkers pensions 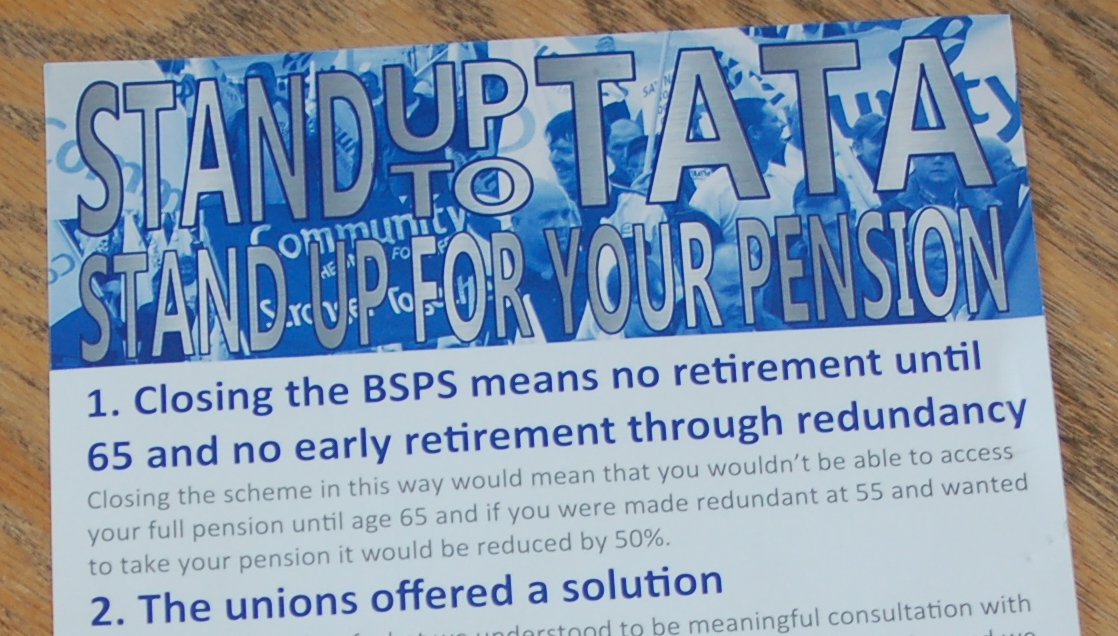 Jessica Morden, Labour Candidate for Newport East, is calling on Tata to rethink the changes to Steelworkers pensions.  The call comes following a packed meeting of local steelworkers from Llanwern and Orb at Lysaghts Institute yesterday organised by Community Union.

Tata who announced plans to close the British Steel Pension Scheme defined benefit scheme to future accrual last month have failed to re-enter discussions with unions including Community.  The proposals will see local steelworkers having to work an extra five years to qualify for a full pension.

Jessica Morden, who has been an active member of the All Party Steel Group in Parliament, has written with fellow labour colleagues to Cyrus Mistry, Chairman of Tata Group, to call for the company to change its mind.

Jessica Morden said “The strength of feeling at the well attended meeting last night was plain to see.  Local workers who have put every effort to innovate and change to get Tata through the recession now the company attack their pensions.  For many workers with long service doing such work in heavy industry this is a real betrayal, particularly for those in sight of retirement.

The company should look again at this and get back round the table with unions who have made every effort to compromise. I’ll be backing the workers at Llanwern and Orb as they stand up for their pensions.