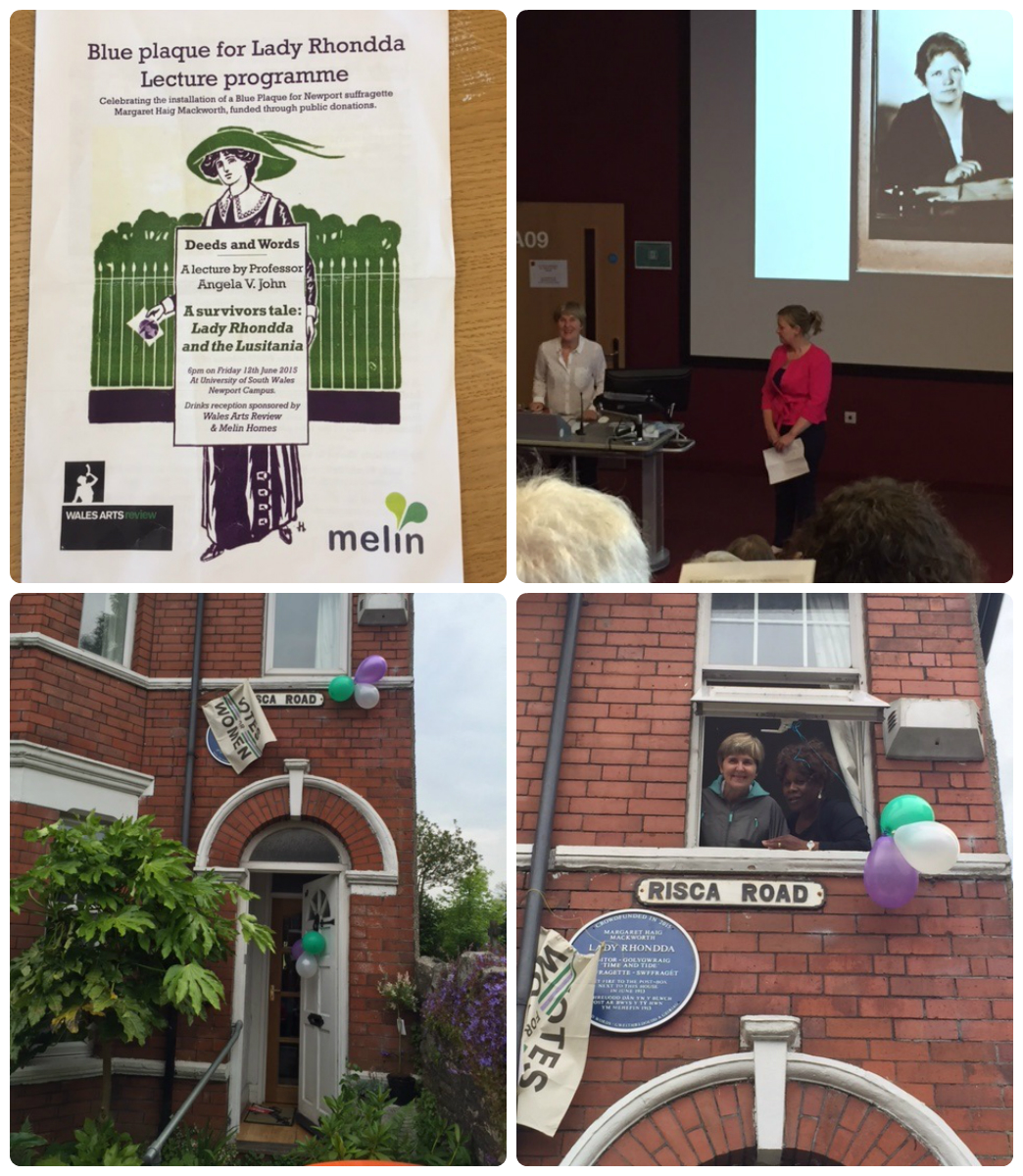 This weekend Lady Rhondda was recognised in her home town of Newport with a blue plaque next to the post box she blew up in Risca Road.

Well done to Julie Nicholas and her team including Newport West Labour candidate Jayne Bryant and Cllr Deb Wilcox who launched a crowdfunder appeal to raise the money, which I was delighted to contribute to.  Lady Rhondda, brought up in Llanwern House, was a suffragette, a business woman, first woman President of the Institute Directors and owned and edited a weekly magazine called “Time and Tide”.

To celebrate this successful appeal Welsh Historian Angela John gave a lecture on another event in Lady Rhondda’s life -; surviving the torpedoing of the Lusitania. It’s fantastic to see Lady Rhondda’s story enjoying a higher profile with Angela John’s brilliant biography published in 2013 (Turning the Tide:  the Life of Lady Rhondda) and a local schools project by Winding Snake Productions.

You can read the story of how Baroness Blaenrhondda and I helped get her portrait into the House of Lords (she died before women were able to take their seats) here.  South Wales Argus coverage of this weekend’s event is here.