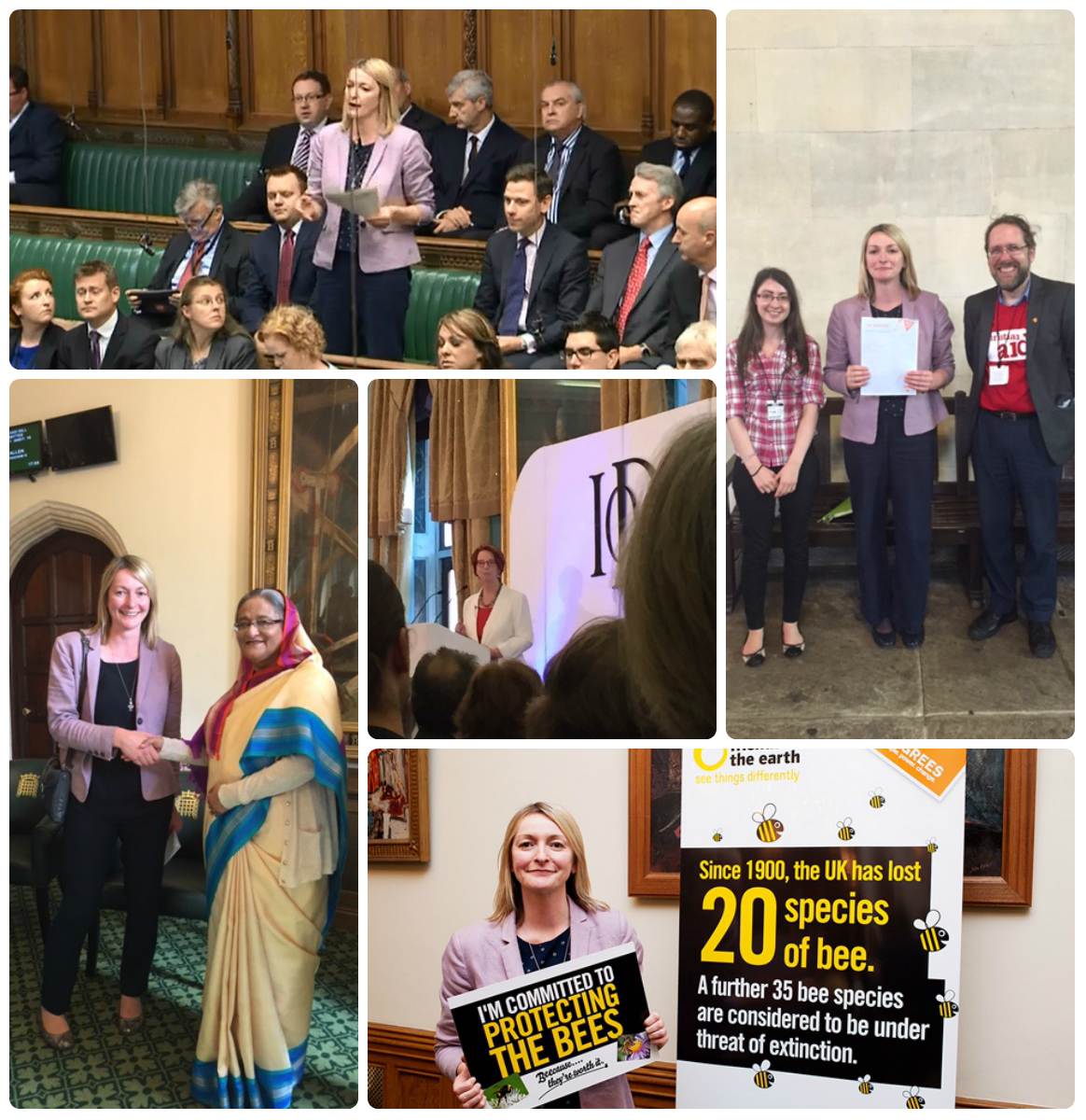 This week at the first Welsh Questions of the new Parliament I pressed Welsh Office Ministers on the future level of tolling on the Severn Bridges. With the bridges due to return to public ownership in 2018 it’s important that we ensure that reducing the tolls is firmly on the agenda for the Department of Transport as they plan for the future. You can see my question and the Minister’s response here and it’s important along with other Labour colleagues that we keep the pressure on wherever we can.

The Climate Coalition held a mass lobby of Parliament this week – asking MPs to take action domestically and globally to tackle the biggest threat to our planet. You can learn more about the campaign here. Many constituents have been in touch to say they support this campaign although they couldn’t make it to London, but they can rest assured they were ably represented by Kirsty from Newport and representatives of Churches Together in Wales who I met in Westminster Hall. If you are coming up on a lobby do call 01633 841725 and I will make every effort to meet up with you.

Thanks to those who emailed asking me to attend the meeting about the threat to bees from pesticides. The plight of declining bees is of concern to all of us as we need them to pollinate our foods crops and wildflowers.  They play a crucial role in our biodiversity.  I support this campaign and attended the meeting to hear campaigners talk about the need for a re-commitment to the National Pollinator Strategy.

On Wednesday I was re-elected as Vice Chair of the All Party Steel Group – our membership is growing in numbers and it’s great to see fellow Gwent MP, Nick Thomas-Symonds, playing an active role.  We have already held many meetings about the Steel pensions issue since the election and this week we had a discussion on issues facing the industry and how we would actively raise these with Government Ministers.

You can read this week’s debates in the main chamber in Parliament, including the EU Referendum Bill and Scotland Bill here.

Last week in Newport a plaque was unveiled to commemorate the amazing achievements of Newport’s Lady Rhondda. This week it was wonderful to attend the Institute of Directors inaugural Mackworth lecture to mark Lady Rhondda’s contribution as the first woman President of the IoD. The lecture was fittingly delivered by former Australian Prime Minister Julia Gillard who focused on what Lady Rhondda would stand for today. It’s fantastic to see Lady Rhondda’s remarkable and inspirational story enjoying a higher profile.