Today I visited Calon Energy’s Severn Power Station for a briefing about their operation and how it fits into the UK’s energy sector. 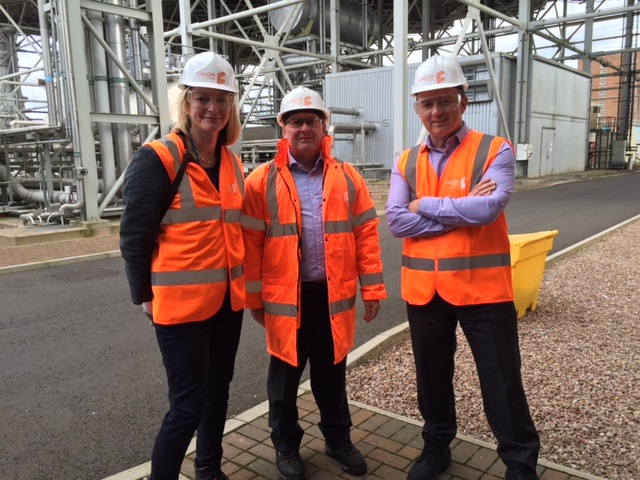 Information on the Power Station

Situated at the estuary of the River Usk in Newport, South Wales Severn Power Station is built on land formerly occupied by the now demolished coal powered Uskmouth ‘A’ power station.

Severn power station entered commercial operations in November 2010 and is one of the most efficient gas fired power stations in the UK with a thermal efficiency of 58%.
The stations generation capability is enough to supply in the region of 1.5 million British households with power.

Originally owned and operated by the Danish company, Dong Energy, the station was acquired by MPF Holdings Limited in December 2013.

In the summer of 2015, MPF Holdings changed its name to Calon Energy Limited.