Today I was honoured to be in attendance at a special ceremony, with the Mayor of Newport and the Leader of Newport City Council, when the Welsh Guards received the Freedom of the City. 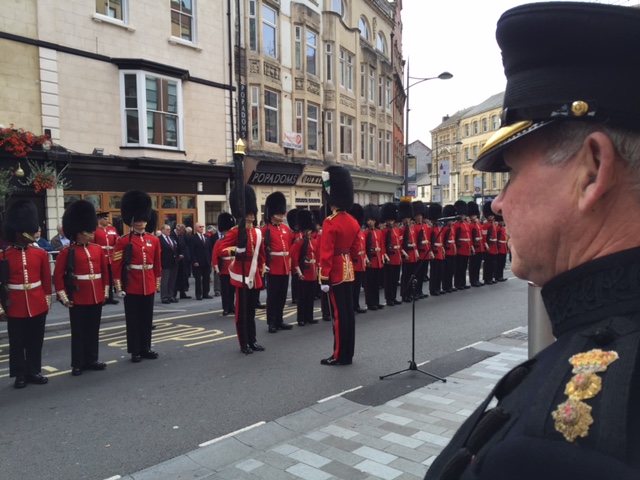 Newport City Council resolved to grant the Freedom of the City to the Welsh Guards in recognition and appreciation of their famous record and glorious traditions. As part of this honour, they are entitled to march through the streets of Newport on ceremonial occasions “with drums beating, bands playing, colours flying and bayonets fixed”.

Today there was a parade, led by the Regimental Band, from the top of Cambrian Road to Bridge Street and then through High Street to the D-Day Memorial.

A short ceremony then took place which included the reading of the freedom scroll.