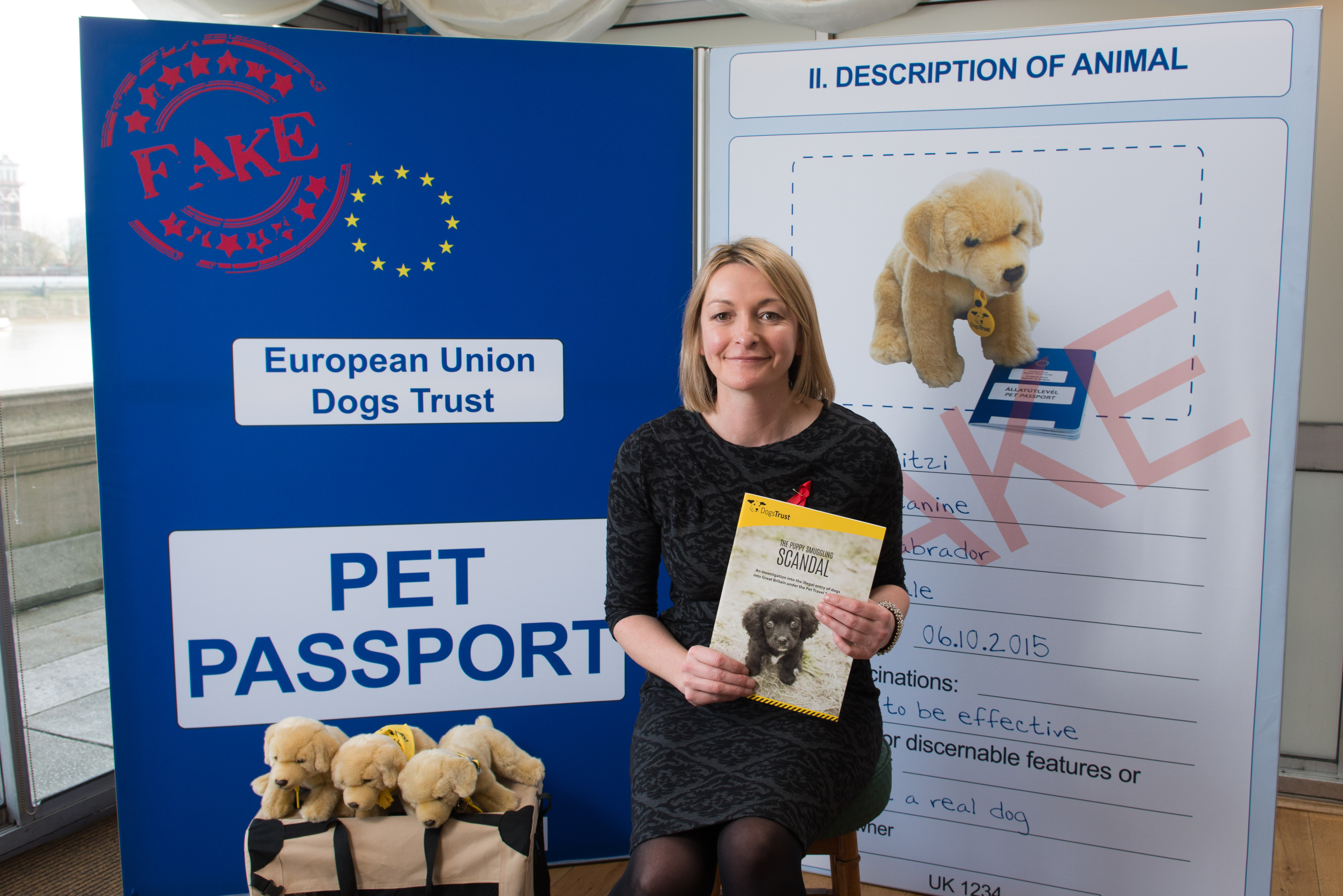 I am pleased to support Dogs Trust in raising awareness of the issue of illegal puppy smuggling – something which affects many people in my constituency each year. Not only is this issue affecting unwitting members of the public who are buying puppies without knowing where in the world they have come from, but it also brings with it a risk of disease to humans and dogs, which is simply unacceptable. There are also the huge welfare concerns for the puppies being transported such long distances at such a young age. It’s evident that greater measures need to be put in place to deter people from smuggling puppies into this country illegally.

Information about the Dogs Trust campaign

Despite recent changes to the PETS designed to strengthen the scheme, the report found evidence of;

Ineffective border controls and enforcement of PETS at British ports, with no requirement on enforcers to carry out even a basic sight check on the animal being imported

To emphasise how easily unethical dealers are able to bring underage, sickly, or undocumented puppies into Great Britain, MPs were invited to take part in a photo opportunity which saw them standing in front of a giant fake pet passport. They were surrounded by toy puppies that Dogs Trust smuggled through Britain’s ports as part of their investigation, to illustrate the ineffectiveness of patrols at the ports.

“Dogs Trust’s famous slogan A dog is for life, not just for Christmas is 37 years old but it is still, sadly, as relevant as ever with puppies available to buy at the click of a button online. As we approach the festive period, I would like to remind anyone thinking of getting a dog to do their research and ensure they know where their dog is coming from before making the decision to bring a four legged friend into their home. Dog lovers could inadvertently be lining the pockets of unscrupulous breeders and fuelling the illegal puppy smuggling trade.

“Dogs Trust would like to see far more being done to ensure that proper checks at ports are enforced, that on the spot fines are handed out to those individuals smuggling puppies illegally to act as a deterrent and that a nationwide multi-agency strategy is put in place to deal with this issue once and for all.”

To find out more about Dogs Trust and to read our findings on puppy smuggling please visit www.dogstrust.org.uk