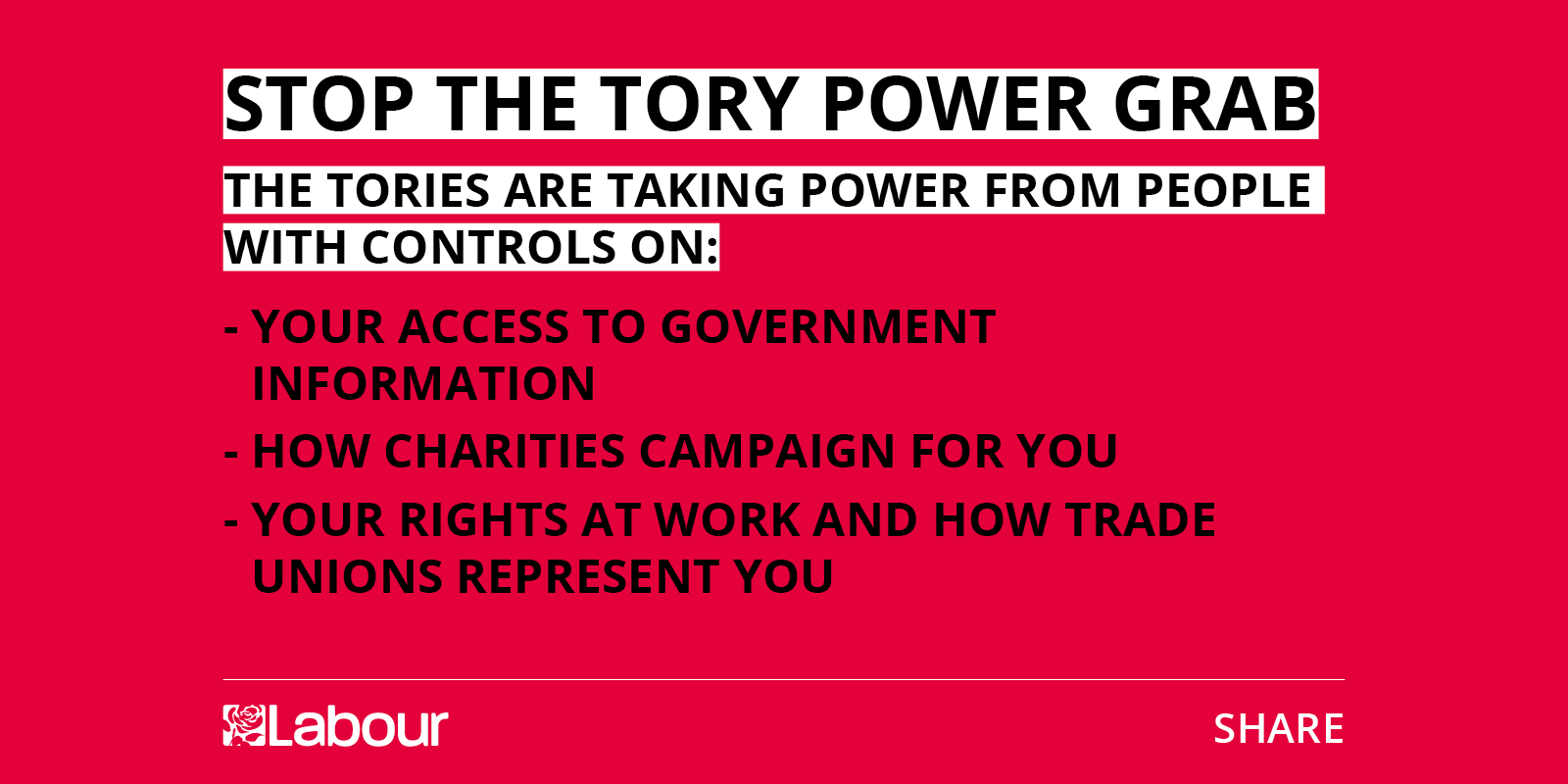 We’ve seen a series of fundamental attacks on civil liberties from the freedom of information Act, the ministerial code and the wider legislative programme including the Trade union bill and the Human Rights Act.

The Tories want to water down the Freedom of Information Act which means they want less open government making it harder for people to hold them to account for their decisions.  Tom Watson is today calling on the government to abandon the review.

On Thursday 17th December, the government published 36 written ministerial statements and 424 government documents in one day, they hoped that hard pressed lobby journalists would miss the revelation that three quarters of those affected by bedroom tax have cut back on food according to the DWP, that there has been a 45% rise in the number of homeless families living in emergency B&Bs.