Yesterday the Labour Party in Parliament called a debate to force the Government to support those women adversely hit by the acceleration of the increase in the state pension age.

I voted in support of the WASPI on behalf of the constituents who have been in touch to protest about the way they are being penalised. In Newport East alone 3090 women are affected.  Unfortunately, Labour’s motion calling for transitional arrangements for affected women was defeated by 289 votes to 265, a majority of 24. 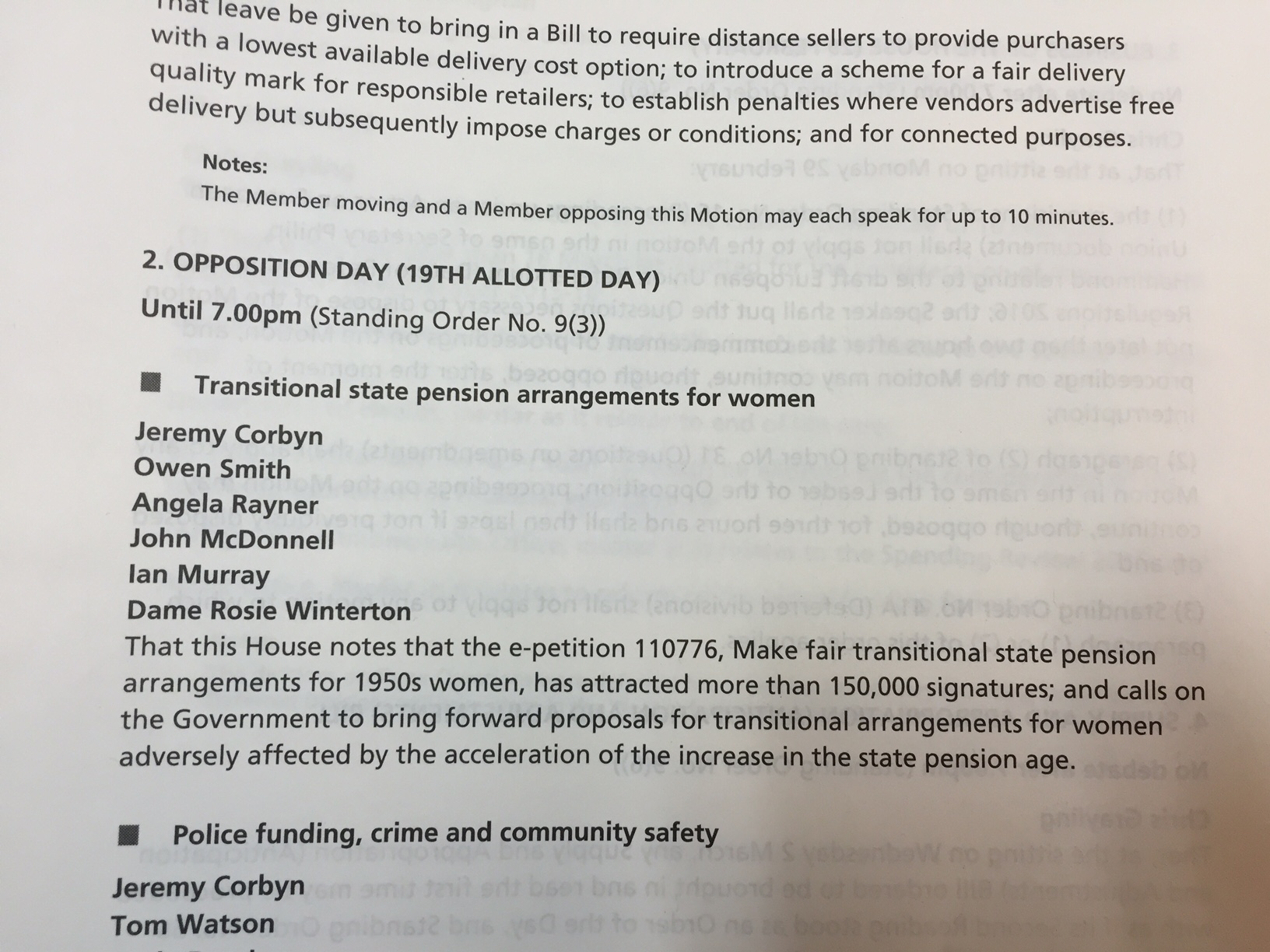 Information about the campaign

Labour have repeatedly called on the Government to look at transitional arrangements for the women born in the 1950’s who have been hit hardest by the changes to state pension age. However time and again Government Ministers have failed to listen to this group of women and to understand the impact that their decisions has had on these women’s lives.

Whilst Labour support the equalisation of State Pension Age (SPA) we have always stressed that changes to SPA must carefully implemented so that those who are affected are given adequate notice of the changes and have enough time to plan for the future.

In 2011, the Coalition Government moved the goalposts for women born in the 1950s by accelerating the rise in women’s state pension age. This has meant that some women did not have enough notice of changes and could not plan for their new circumstances leaving them in real difficulty.

Many of these women have faced gender inequality in their working lives, having entered the world of work without even the protection of the 1970 Equal Pay Act. Many will also have taken time out of work to bring up children, will have worked part-time, and will not have had the chance to build up pension provision of their own in the same way as men of their age. This makes it all the more difficult for them to adapt to unexpected changes to their pension age.

The former pensions minister Steve Webb has admitted that the last government made a “bad decision” on changes to the State Pension age, but he said that by the time they realised the implications “it had gone too far”.

That is simply not good enough and Labour will continue to push the Government to look urgently at measures to help the women who have been disadvantaged.

You can find more details of the campaign here.