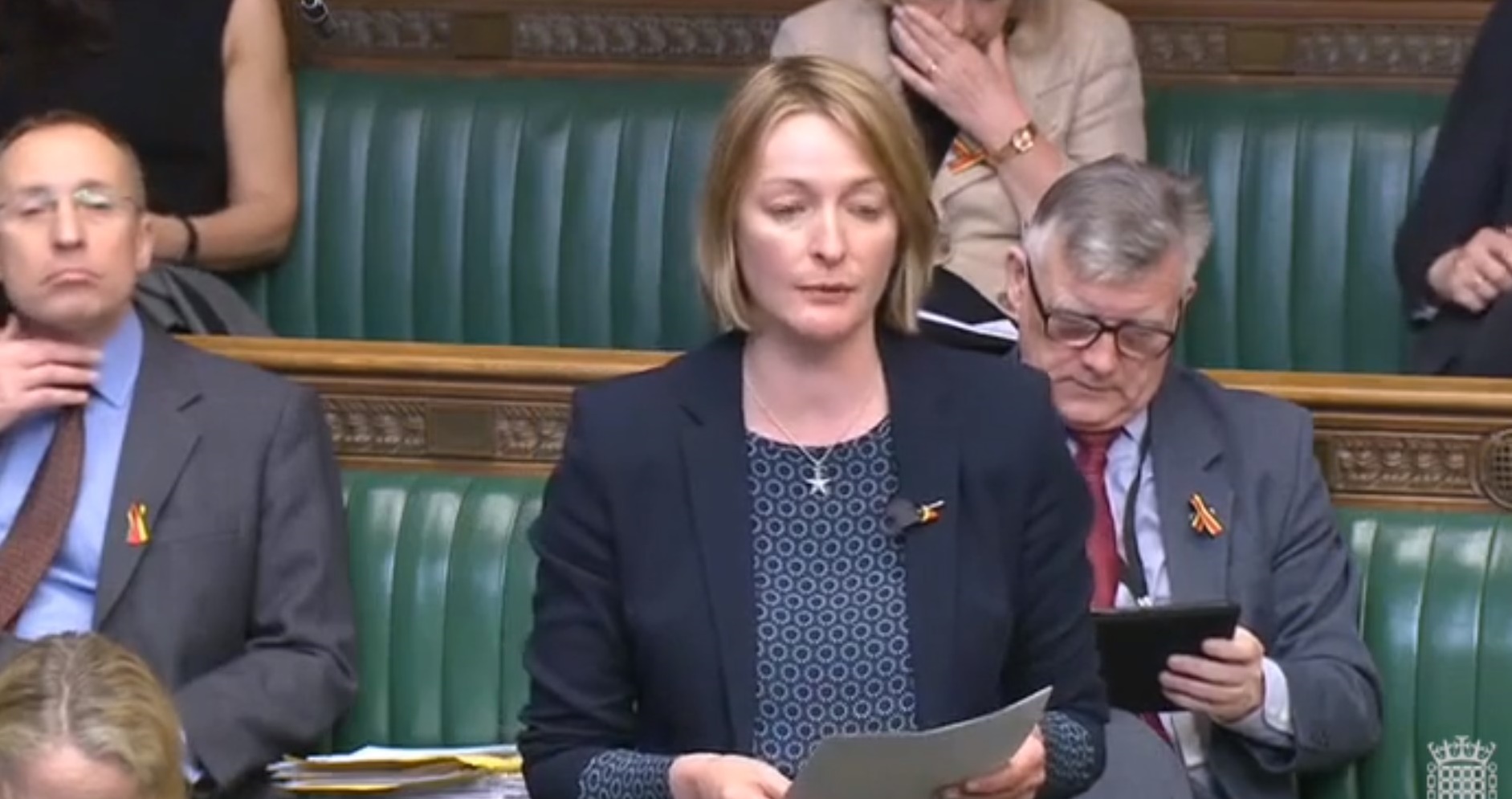 I spoke today in the Contaminated Blood debate.  A copy of the speech is below and here is a link to the whole debate.

I will do my very best to keep my speech within seven minutes, Madam Deputy Speaker.

I pay tribute to my hon. Friend the Member for Kingston upon Hull North (Diana Johnson) and the all-party group for securing the debate, and to the ?Backbench Business Committee for granting it. I also pay tribute to those members of the campaign who have travelled to be in the Gallery today. I know that many were unable to stay because of the important urgent debate on steel, but many have stayed and I thank them for their patience.

I am speaking today on behalf of my constituents the Smith family and Lin Ashcroft. Janet and Colin Smith lost their son Colin in 1990, when he was just seven. Just a few months earlier, Lin lost her husband Bill Dumbellton. I have spoken about Colin before in these debates, which many hon. Members have called to consider what has been described as the greatest treatment disaster in the NHS.

Colin went to hospital when he was eight months old for a minor ear infection. As a haemophiliac, he received factor VIII, which, following a freedom of information request, the family later learned had come from a batch from an Arkansas prison. He spent his short life fighting illness and died aged seven of AIDS and hepatitis C, although the family did not find out that it was hepatitis C until three years after his death. No parent should have to go through what the Smiths have gone through. As they have said, they want justice so that their son can rest in peace and they want justice for those who remain.

That story is just one of the many we have heard from constituents. I heard from a constituent, David, who similarly spoke passionately about his circumstances. He will not even be affected by the consultation that is going on. Clearly, this is a UK legacy issue and a UK historical injustice. We have heard about the difference in Scotland and elsewhere. Does my hon. Friend agree that we need to make sure the UK Government lead on working with the devolved Administrations-in Wales, that means the Wales Office-to ensure that we do not end up with a postcode lottery, with some people potentially in worse situations and some not getting the same justice as others?

My hon. Friend makes an incredibly valuable point, which I hope the Minister will listen to-I know it will be heard by the large contingent of Welsh campaigners who have come here today to listen to the debate.

Bill, the husband of another constituent, Lin Ashcroft, was one of the first haemophiliacs to treat himself at home with cryoprecipitate. He contracted HIV and hepatitis C from blood, and he lost his job with BT in the 1980s, after telling the occupational health department about his HIV status. Bill had no life cover, as no one would insure “people like him”, as it was put at the time. Following his death, Lin had to grieve and cope with the financial commitment she was left with. She eventually received some support from the Skipton Fund, but she found the process involved absolutely brutal-she felt she was jumping through hoops to get the money.

We have to keep telling these stories, because we have to remember what many people went through. We have to remember that they need a proper settlement because that can help to draw a line under this period, in so far as we ever can. These people have lost their loved ones, and they have lost great friends they have made during the campaign. As they have told me, it just becomes too ?difficult in the end to attend the constant funerals, as members of the community pass away. These people want proper support for those who are still with us.

The Prime Minister’s apology gave my constituent Sandra Molyneaux hope that the wrong done to her and her family would finally be righted. Does my hon. Friend agree, though, that subsequent developments fly in the face of that? Sandra and thousands of others are telling the Government through us today, “Don’t tell us you’re sorry. Show us you’re sorry.”

My hon. Friend makes a fantastic point [Interruption.] And it is very well received. He anticipates the point I am coming to.

There was some hope last year when the Prime Minister made the much-needed apology for the contaminated blood disaster. He promised then to improve the financial support for the victims and their families. As he said, we are a “wealthy and successful country” and we should be helping these people more. There was some hope, and the consultation was launched into what the support should look like.

A year on, however, the victims have been let down again. Despite the headline announcement about the additional budget of up to £125 million in support, not a penny has been spent, as has been said. The majority of people currently receiving financial support will be worse off under the new scheme. Removing discretionary payments may mean that many lose to the tune of thousands of pounds a year. They will be significantly worse off than those affected in Scotland. Individual assessment could reduce financial security. Widows, partners and dependent children who have been bereaved will receive limited or no support. Lastly, the proposed reforms would just not deliver the sustainability and security the affected community so desperately needs. This is not the package that is needed. It is also not clear whether payments under the new proposals will be exempt from tax and benefit assessment.

What has been proposed is very different from what will be offered by the Scottish Government. For widows who have lost their loved ones, the difference is not just stark-the proposals are poles apart. I will leave it to SNP Members to elaborate on that, but the difference is very pointed.

Does the hon. Lady not accept that this is one occasion when there should be close working across the Administrations? I offer her the example of a constituent who was infected 35 years ago in Staffordshire. Although he has lived in Scotland for all that time, he will get compensation under the scheme devised by the Department of Health in England. Where is the sense in that?

I thank the right hon. Gentleman for his intervention. He is absolutely right and I am sure he will get the chance to elaborate on that point later. For parents and families who have gone through the trauma of losing a child like Colin, there is nothing at all.

Nigel Mills is here from Wales today and he is now receiving a new treatment for hep C. He has been able to access that treatment, although, mercifully, his condition has not resulted in cirrhosis of the liver. All those in ?Wales who developed hep C and could benefit from those new drugs are now receiving them. The Haemophilia Society is very anxious that all those in England who could benefit should have access to them and that funding for new treatment should not be diverted to cover existing treatments.

I ask the Minister please to reflect deeply on this, because what is proposed does not meet the needs of widows, partners, parents, children and those affected. But she should not reflect on it for too long: this has been an ongoing nightmare since the 1970s for thousands of families. The Government cannot bring back the dead or restore health, but they can award a package that will ensure that survivors and families are secure. The apology was a step forward, but let us not prolong the agony further for those who have suffered for far too long. Please listen to this campaign and give the campaigners what they deserve. Please right the wrong.