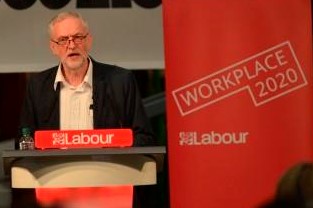 On 19th May Labour launched Workplace 2020, which will be at the heart of how Labour is going to develop our alternative for the workforce of the 21st century.

Instead of David Cameron’s Agency Britain, with its zero hours contracts, insecurity and wage undercutting, we will be engaging with workers and employers to shape the policies that will deliver the high quality jobs of the future.

Instead of a race to the bottom in jobs, pay and workplace rights, we will be shaping a different approach for the 2020s: based on a full-employment, high-skilled workforce, with decent pay, rights for employed and self-employed, and a voice at work through collective bargaining.

That’s the basis for a new business settlement in the economy of the future, one that benefits both workers and employers -; and break with the low-pay, low-investment, low-productivity record of Tory Britain.

Why are we starting this discussion?

The world of work has seen major changes in the last few decades. The UK is one of the most unequal modern economies. Those at the top earn very high incomes, but six million workers earn less than the official UK living wage. The share of wages in our national wealth has fallen sharply and rewards need to be shared more evenly.

Digital technology and robots are transforming the workplace and globalisation is changing where jobs are based and where workers are in demand.

The UK has the most restrictive trade union laws in Europe and the number of workers belonging to a trade union has halved in the past generation. Work has become increasingly insecure for many people.

Employers want to play their part in successful workplaces and we must ensure that those employers who do the right thing are not disadvantaged or undercut by less scrupulous employers.

We want to make sure everyone has a voice and this is why we will be speaking to as many people as possible to ensure Labour’s workplace policies will work for everyone.

After the EU referendum we will be reaching out to people across Britain to hear their views.