My article in the South Wales Argus

Next week we finally have our say in the crucial referendum on our membership of the EU. Whilst in General and National Assembly elections we choose our representatives and Governments for five year terms -; this is a decision which we will have to live with for decades to come and will shape our children’s future.

Many postal voters will have voted already, but I know from my campaigning just how people are following the debate and are still to make up their mind.  Ultimately this is a not a decision that will rest with politicians, but a referendum in which you decide. I’m campaigning and have voted to Remain in the EU – but each of your votes will count just as much as mine.

My personal view is that the benefit to Wales and Newport East of staying in the EU is far too important to be put at risk.   Wales is a net beneficiary of EU funding -; we get far more back than we put in.  The Wetlands, the Pill regeneration and Jobs Growth Wales – a fund set up to get young people back into work – are all examples of projects locally funded by European money.  There’s a net benefit of £838 million per year and around 200,000 jobs are dependent on our relationship with the EU.  After Cornwall, which also receives special funding, South Wales has the most to lose, and as the Prime Minister recently said there is no guarantee that extra funding from the UK Government will be coming to Wales to replace it.

For me the arguments put by major employers like Airbus, BT and Ford that jobs and growth will be better served by being in the EU are crucial.  As are the arguments put forcibly by the Trade Union movement who know that the EU safeguards worker’s rights like paid holidays, maternity rights, and fair treatment at work which, if we left, would be in the hands of the Tories.

Like fellow Welsh MP Stephen Kinnock, I think Brexit would be a blow for our steel industry with the EU accounting for half our exports. Tariffs could hit an industry struggling to compete, and it’s been the European Commission which has been trying to beef up anti-dumping regulations, and the Tory Government that’s been dragging its feet.

Many constituents write to me regularly about environmental issues and animal welfare. Let’s not forget it’s Europe that has driven up animal welfare standards, introduced the Habitats Directives to protect nature and biodiversity, ensured that action has been taken to clean up our beaches, and introduced measures to improve air quality.

Of course the EU needs reform -; but we need to make sure its reform that works for us, including improving democratic accountability, following on from the PM’s recently negotiated concessions on benefits and immigration. That for me means staying in and having a voice. 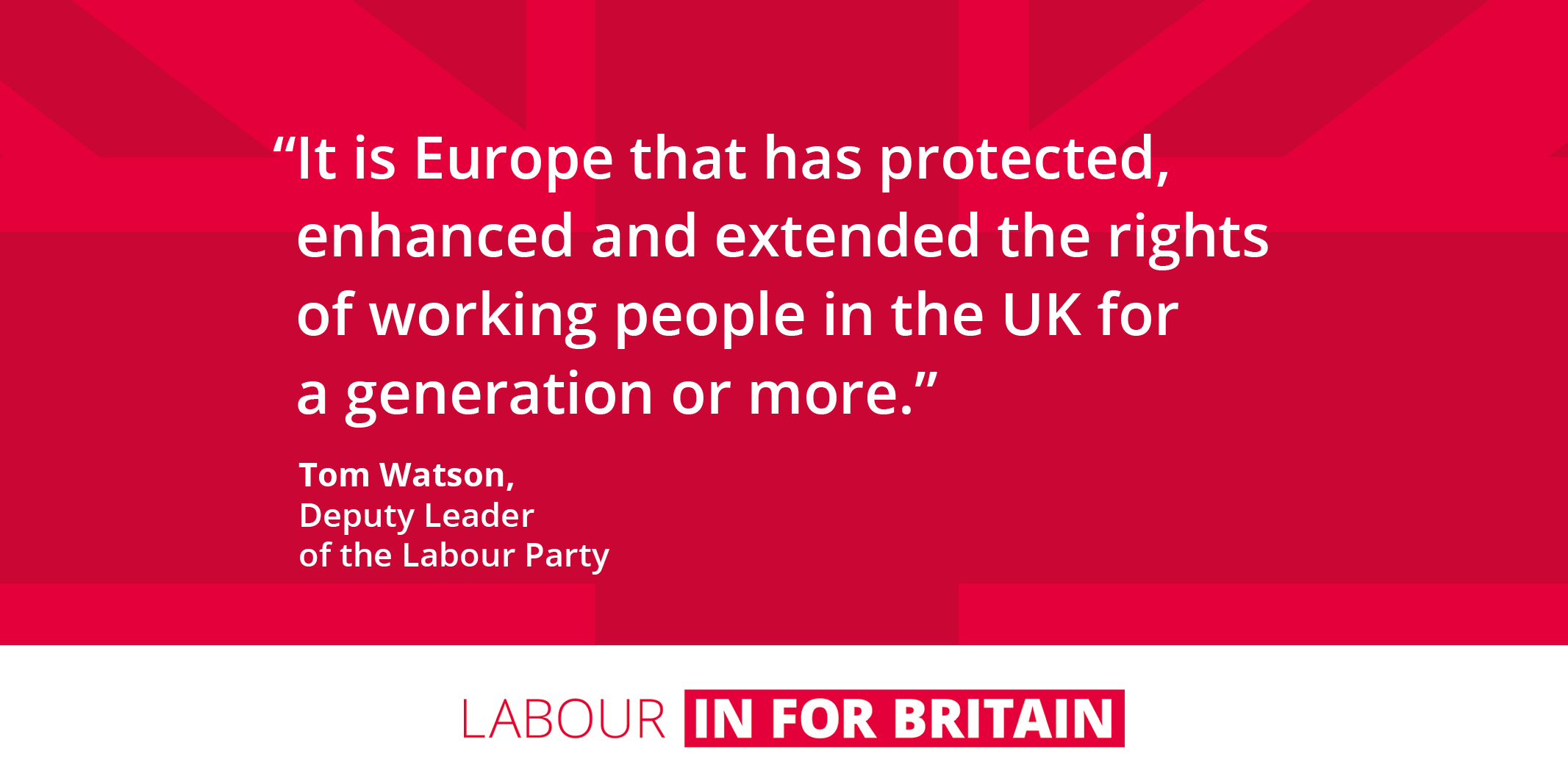