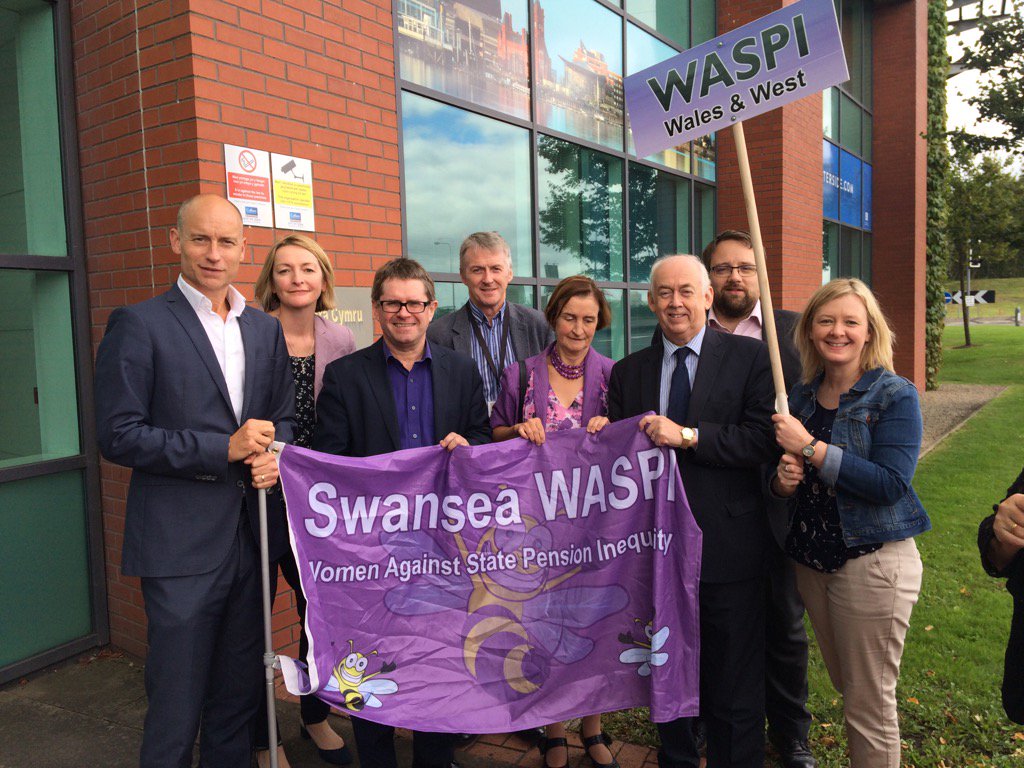 Last Friday I joined campaigners, MPs and AMs from across South Wales to hand a petition to the Welsh Office.

The petition has been gathered as part of the Waspi campaign which is putting pressure on the Government to consider ways in which they could make the transition to the new pension age fairer, particularly for those women worst hit by the changes.

In Newport East alone around 3,320 women are affected by the Pensions Act 2011.

“I have heard from some of these women, many of whom received no warning of the changes to their pensions, and instead found out through reading it in a newspaper, or online, or through a family member.

“In moving the goalposts the government has either chosen to ignore, or has shown a complete disregard for the difficulty women face in trying to make alternative arrangements at this late stage to try and compensate for the money that will be lost.

“Many will have worked in part-time roles and faced the difficulty of building up private pension provisions, particularly in a job market which still isn’t a level playing field for women.”