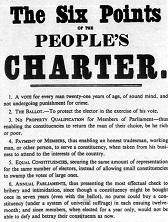 Newport City Council’s Leader Councillor Debbie Wilcox has this week launched an initiative to make Newport the City of Democracy.

Councillor Wilcox said: “We are making real progress in Newport and there is a positive feeling in the city about where we are today.

“During my first few months as Leader I have spent my time listening to people across the city from many backgrounds who bring different ideas to the table. Our diversity is one of our great assets. However, I feel what is missing is something that brings us all together. A focus which makes the city stand out: a unique selling point that can be used to attract even more investment and visitors. Something that no-one else is doing and could make Newport a leader in so many fields.

“One idea that has been mooted is to make Newport a City of Democracy referencing our proud history and heritage but making it very much about today and the future.

“There has been a lot of debate recently about voter apathy but, as we saw with the Scottish independence EU referendums in Scotland, people will go to the ballot box if they feel strongly about something.

“We need to make people realise how important democracy is to everyone’s life everyday – when we discuss the state of the roads, or the national health service, schools or the retirement age these all relate to decisions that are made on our behalf, by people we choose to represent us.

“Finding new ways to engage people in local decision making would be a great place to start. and we should look at how we can use the latest technology. I want to put Newport at the forefront of the debate, make people excited about making their voice heard and ensure no-one feels disconnected.

“Making Newport a City of Democracy could encompass a number of strands such as an annual Festival of Democracy but we are very much at the start of what I see as an evolving and long-term project.

“We would like to see residents, city businesses, community organisations, pupils, students get involved. To launch this project, we would like your ideas on a brand or logo that could be used for Newport – City of Democracy.

“A panel including representatives from business, education leaders and those with a deep interest in our heritage, will consider all the ideas.

“They will decide if any encompass our ambition for the city. This might be just one entry or it could be a mix of entries. Don’t worry if you are not artistic – you can write down your idea.

“The result will be announced at this year’s City Summit on 28 November when more will also be revealed about how the City of Democracy idea could be developed in the future.

“The Chartists, who came from all backgrounds, campaigned against the vote only being available to certain people. One of the most significant events of their story happened in Newport when the Chartist uprising ended in tragedy in November 1839.

“Reigniting an interest in democracy would be the best way of commemorating the Chartists and all those who fought, and continue to fight, for the right to vote in other countries. I want Newport to lead that charge”

Logo designs or ideas should be sent by 18 November 2016 via email to public.relations@newport.gov.uk or posted to Public Relations, Civic Centre, Newport, NP20 4UR. Newport City Council would also be interested in hearing of any ideas you may have to help Newport become a City of Democracy.