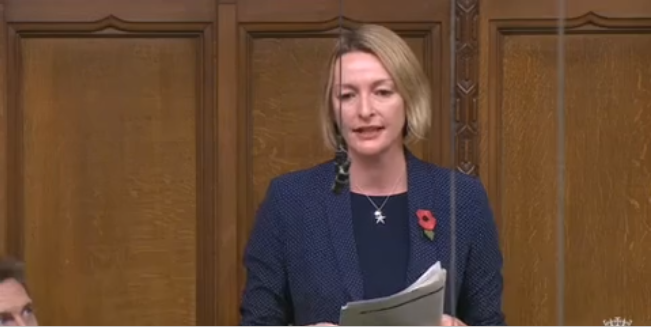 This week in Parliament I highlighted positive news about tourism to Wales, but questioned the Government about what Brexit will mean for tourism in the future.

Currently the Welsh tourism industry employs around 117,000 people with a further 89,000 indirectly employed, and accounts for a Gross Value Added of over £3billion, and the total contribution including impacts through the supply chain, capital investment and government expenditure nears £7billion or almost 14% of the total economy of Wales.

For the UK as a whole, between 15% and 20% of the tourism industry workforce is from other EU. The biggest rise in overseas numbers to Wales over the last year -; almost a 33% increase -; came from the 13 countries to have joined the EU most recently. They include Croatia, the Czech Republic, Estonia, Hungary, Poland, Romania and Slovakia.

We have fantastic tourism attractions in and around Newport, including the Wetlands, Tredegar House, the Celtic Manor, the Roman museum and amphitheatre in Caerleon, and Caldicot Castle, contributing to a bigger increase in overseas visitors to Wales than the rest of the UK this year. But with the biggest increase coming from EU visitors, it’s crucial that Brexit and any possible visa arrangements do not prevent people from visiting Newport and Wales.  The Government need to know that a bad deal for the UK and Wales is a bad deal for Welsh jobs and tourism”.

In a question to the Under Secretary of State for Culture, Media and Sport, I said: “Wales has seen the biggest rise in overseas visitors to the UK in 2016, and it is the only part of the UK to feature in the “Lonely Planet” guide’s list of the best places to visit in 2017. Hopefully, there will be many more. Does the Minister appreciate that there is great uncertainty in the sector over what Brexit will mean in practice? This means that we need Ministers to listen hard, have a plan and work closely with the Welsh Government to ensure that Welsh tourism goes from strength to strength.”

The Minister responded by saying: “The hon. Lady is right: the number of international visitors to Wales is up 15% and the figure for domestic visitors is 4%. That is a tribute to the hard work of VisitWales and VisitBritain. With the “Lonely Planet” guide placing north Wales in its top places to visit and with the Champions League final being played in Cardiff in June, things can only get better next year. I can reassure the hon. Lady that I meet Ministers from all the devolved Administrations regularly, and that we want to work closely to ensure that more people come to Britain, and that means all parts of Britain, and Wales.”