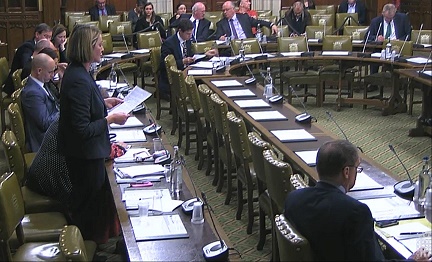 Here’s my contribution to yesterday’s debate on Tidal Lagoons, which have great potential for Newport and South Wales:

I too congratulate the right hon. Member for Preseli Pembrokeshire (Stephen Crabb) on obtaining this timely debate. He mentioned that the Hendry review is with the Government this afternoon, and I share the desire to hear about it from Ministers as soon as possible. The debate is a demonstration of how much cross-party support there is in this place, as my hon. Friend the Member for Swansea East (Carolyn Harris) said, for the development of tidal lagoons. That support is pretty unique, and indeed there is also cross-party support in the Welsh Assembly and elsewhere. I should also mention that my hon. Friends the Members for Cardiff South and Penarth (Stephen Doughty) and for Ogmore (Chris Elmore), who are upstairs in a Bill Committee, want their support for the project to be stated.

We all hope that the Minister will have something to say this afternoon about when he will share the Hendry report with the House, as it was not mentioned in the autumn statement. The delay is frustrating, because we want the Swansea bay tidal lagoon to go ahead-and, as others have said, not just as a one-off or a stand-alone project, but as a pathfinder for yet more tidal lagoons across Wales and beyond, including in Newport, as set out in Tidal Lagoon Power’s plans. A couple of streets away from my home there are the most beautiful views of the expanse of the Severn Estuary. From my constituency ?office on the banks of the Usk we can watch the dramatic rise and fall of the second highest tidal range in the world every day. It is an amazing natural resource on our doorstep, and we are just not using it. At a time when we desperately need clean, secure energy, year-round, entirely predictable energy, tidal lagoon technology is the key to delivering a low-carbon energy future in Wales. We have to grasp that opopportunity.

The benefits for Wales and elsewhere have been clearly spelled out in this debate. They include the chance for Wales to be a global leader in the technology, starting in Swansea. More than 2,000 direct jobs would be created in the manufacturing and construction process, and many more would be created in tourism and the supply chain. There would be a huge boost to the Welsh economy. There would also be the potential for long-term cost reduction as more lagoon technology was built, and, importantly, for exporting the technology. A Newport lagoon further down the line would bring construction jobs and the chance to use Welsh steel, which my hon. Friend the Member for Aberavon (Stephen Kinnock) mentioned-it has been an incredibly difficult time for that industry. The Liberty House Group in my constituency supports the project; a lagoon in Newport would be less than a mile from its steel plant, which I visited recently.

The project is not only a matter of renewable energy generation and playing our part in meeting climate change targets. There is also a chance for coastal regeneration and a boost to recreation and tourism. The leader of Newport City Council, Debbie Wilcox, has given it her backing and said it is a “marvellous opportunity for Newport”. There is huge added value in the project-not least from up to 33,000 jobs at the four lagoons in Wales, were they to go ahead. It is an amazing opportunity that we should grasp for Swansea, yes-but also for Newport. I urge the Government to make a timely decision.