Time for a complete ban on the ivory trade 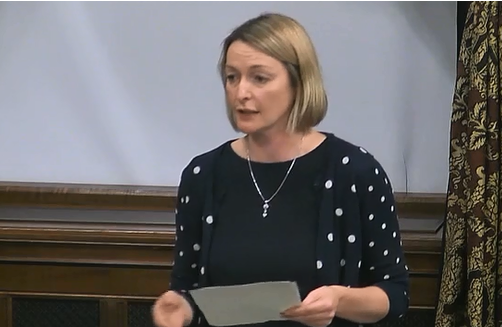 I called for a complete ban on the domestic ivory trade in yesterday’s Westminster Hall debate on the issue.

Here’s my contribution to the debate:

I congratulate the hon. Member for Stafford (Jeremy Lefroy) on securing this debate on the back of a very popular petition, as well as the other hon. Members who I know have campaigned on this issue for a long time. It is clear from this debate that there is a collective will across party political lines for the UK to do more to protect the world’s elephants. As the hon. Member for Mid Derbyshire (Pauline Latham) said, they are the most magnificent animals.

I very much support the aims of this debate and the call for a complete ban on the domestic ivory trade in the UK. As other hon. Members have said, 330,000 elephants are still killed every year for their tusks-a death rate of one every quarter of an hour. Africa’s elephant population is in serious decline, mainly because of high levels of poaching; 30% of Africa’s elephants have disappeared in seven years. That ongoing tragedy was highlighted really well in the excellent programmes made by Hugh Fearnley-Whittingstall. We should also appreciate the plight of endangered Asian elephants, as the hon. Member for Henley (John Howell) pointed out.

The Government’s announcement in September of a ban on the sale of worked ivory produced after 1947 is a step in the right direction but, as other hon. Members have said, there is still more that can and should be done. I thank my constituent Rob Hepworth, who is a former head for the convention on international trade in endangered species and an officer for the UN convention on migratory species, for his work. I also thank all the ?non-governmental organisations that briefed us for this debate on their campaigns. On Mr Hepworth’s behalf, I reiterate that it is felt that the Government’s proposals are too limited because they do not include older ivory products. Illegal ivory is often laundered and falsely claimed to be old ivory. As we have seen from the programmes and from work done by wildlife monitoring organisations, there is extensive evidence of current abuse and of ivory being smuggled to overseas markets, mainly Hong Kong.

On my constituent’s behalf, may I also raise with the Minister the Government’s actions at EU level? It is felt that they missed an important opportunity to act at the recent CITES conference in South Africa when they supported the European Commission delegation’s block vote denying maximum protection status to all African elephants. That action not only seemed to negate the pledges made in the last two Conservative manifestos to “press for a total ban on ivory sales” but simultaneously contradicted the Foreign Secretary’s criticism of the EU Commission at the Conservative party conference, in which he slammed the “absurd” EU veto on an ivory ban. Will the Minister explain why the Government acted in that way at the conference? That would really help campaigners out there.

It would also be good to get some clarity on whether the Minister is seriously considering stricter national measures to ban the UK domestic ivory trade altogether. While we remain in the EU, it would be useful to know whether she can press Brussels to amend the binding regulations that allow unrestricted sales in allegedly antique ivory without any checks or certificates, so that in effect EU countries would have to regulate ivory sales, too.

We can change the law, but-as my hon. Friend the Member for Bassetlaw (John Mann) asked-what consideration are the Government giving to enforcement? Will they give more resources to agencies such as the Department for Environment, Food and Rural Affairs wildlife inspectorate, the national wildlife crime unit, the police and Border Force for extra enforcement support? That is really important.

Finally, on behalf of Rob Hepworth, may I ask what consideration is being given to the destruction of stockpiles? I understand that the US, France, China and African states have publicly destroyed ivory to highlight the trade. Have the Government considered that? The public certainly support more action on the ivory trade; in October, as has been mentioned, more than 100 conservationists, campaigners and politicians signed an open letter to the Government to that effect. It would be good to hear from the Minister what more we in the UK can do to lead the way and to help to secure a future for wild elephants while supporting the local communities that live alongside these extraordinary creatures.