Government must end uncertainty on funding for Metro 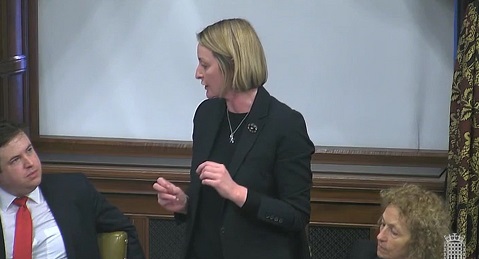 This week I spoke in a House of Commons debate on the future of infrastructure projects in Wales post-Brexit, and called on the Government to be “crystal clear” about guaranteeing funding for the South Wales metro after we leave the European Union.

Wales has secured around 5 billion in structural funds for the period 2014 to 2020. Although the UK Government has said it will guarantee funding for projects funded by the EU, it has still been unable to clarify comments made by the Chancellor in last year’s Autumn Statement that this applies to those projects “signed before the autumn statement”, and that those signed afterwards would have to be assessed by the Treasury against a set of criteria.

EU structural funds have been used in South East Wales to fund urban development including regeneration in Newport, the Wetlands, and £106 million will be needed as a contribution to the South Wales Metro.

The development of the South Wales Metro is crucial to economic development and connectivity in my constituency.  Whilst we have had some assurances from the UK Government Ministers that they will support projects like the metro, we still don’t have any guarantees post-2020, and there is uncertainty about those projects signed off after the Autumn statement.

The South Wales Metro would mean quicker and more regular services for stations in and around Newport, and include connecting communities in Magor and Llanwern.  It could also pave the way for further development, ensuring that Newport has the infrastructure it needs to grow and build on the excellent work of the Welsh Government and Newport City Council.