Commuters and businesses across Wales will await the Government’s response to the consultation with interest. As I have long argued, it really is time we looked for a much fairer regime for people who live in Newport and south-east Wales and are being hit-hard by eye-watering tolls. There is a strong call, supported by the Welsh Government, to scrap the tolls altogether. If this Government are not willing to go that far, as indicated in the consultation, we should surely have a £1 maintenance-only toll. 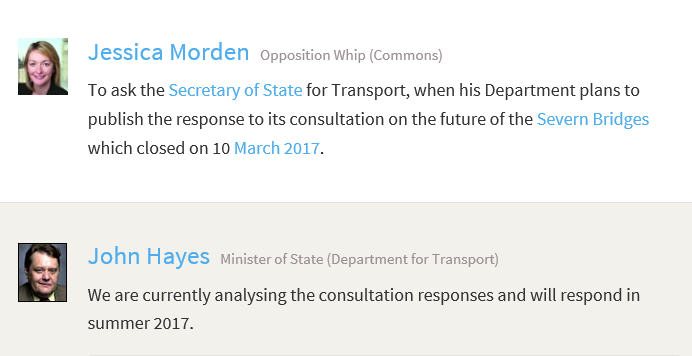