Wales must not be short-changed after Tory-DUP deal 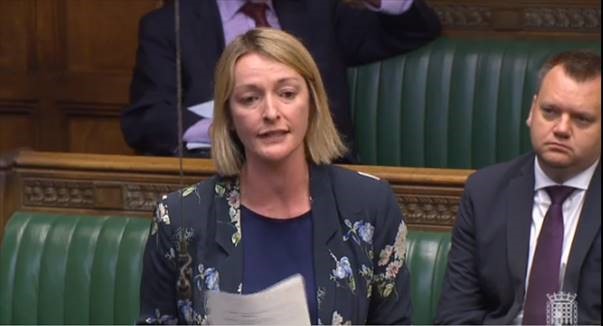 Today in Parliament I warned of the dangers of Wales being short-changed in the midst of the Government’s £1billion deal with Northern Ireland’s Democratic Unionist Party.

I called on the Leader of the House Andrea Leadsom MP to allow Welsh MPs an opportunity to question the Secretary of State for Wales, Alun Cairns MP, before the Parliamentary recess. This follows our First Minister Carwyn Jones describing the DUP deal as a ‘bung’ earlier this week, and calling on the Secretary of State to ‘fight against this deal and secure fair funding for our country.’

In the Chamber I said “Given that there are no Welsh Questions before recess, can we have an opportunity on the floor of the house to question the Secretary of State for Wales on what he’s being doing since the Government’s announcement of a deal with the DUP to ensure that Wales is not short-changed.”

Andrea Leadsom responded by insisting that Wales had also benefitted from some projects outside the Barnett formula, and that she would pass on my comments to Mr Cairns and seek an opportunity for questioning.