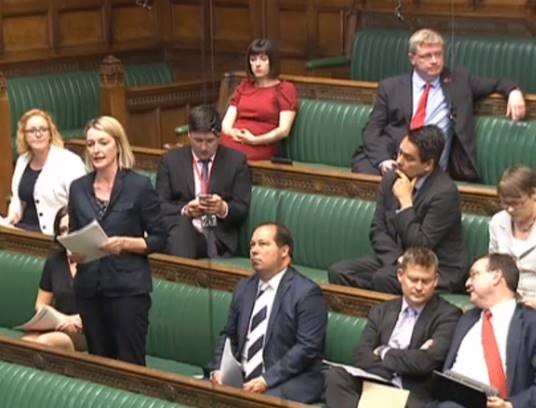 In Parliament this week I pressed the Government for answers over the proposed relocation of Department for Work and Pensions (DWP) offices in Newport to a new location in the north of Cardiff.

Speaking during Parliamentary questions to the Secretary of State for Work and Pensions, I said “I want to ask about the Government’s proposal to relocate the DWP service centre out of Newport to a new site north of Cardiff -; the location of which is still unclear. Along with my honourable friend the member for Newport West (Paul Flynn MP) we clearly want to keep the expertise and services here, with 249 jobs right in the heart of our city.Can I ask the Secretary of State to meet with us so that we can put the case to him?”

The Secretary of State for Work and Pensions, David Gauke MP, responded by saying that the Government wanted to minimise job losses, and pledged that the Employment Minister would meet with the two Newport MPs to discuss the case. Paul and I hope that we can have this meeting at the earliest opportunity.