Law must protect the protectors 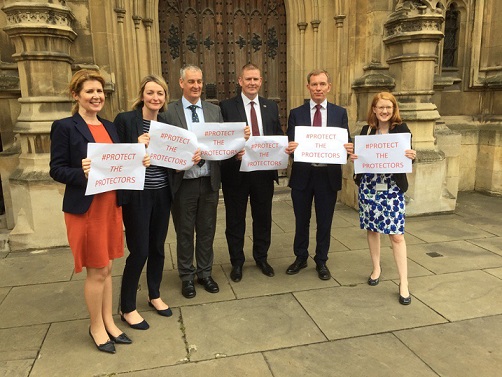 I’m supporting a new bill that would make attacks on emergency workers -; including the Police, fire and ambulance crews -; a specific aggravated offence.

The Crime (Assaults on Emergency Staff) Bill was presented to the House of Commons today by Rhondda Labour MP Chris Bryant.

Last year there were over 23,000 assaults on police officers; equating to 450 assaults a week and an assault on an officer every 22 minutes. And that’s just the recorded incidents: research from the Police Federation suggests that there are actually as many as 6,000 assaults on officers every day, with the average police officer being assaulted as many as 19 times a year. Similarly the number of attacks on South Wales firefighters has trebled since June 2016, and Welsh hospital staff were attacked more than 18,000 times at work between December 2011 and December 2016.

The vast majority of the public are rightly sickened by these attacks on frontline emergency workers, and want to see stronger legislation brought in to deter the culprits. It’s high time for a change in the law that provides protection for dedicated public servants who make huge sacrifices to protect us all, often in incredibly challenging circumstances.