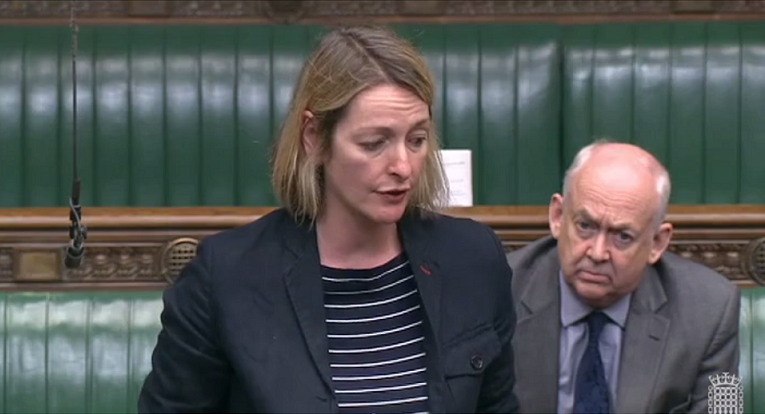 Last week in Parliament I spoke up for Newport East constituents affected by the closure of Tesco’s Cardiff customer operations centre, where 1,100 jobs will be lost by February 2018.

In a debate led by new Cardiff North Labour MP Anna McMorrin, I highlighted that the impact of job losses on this scale would be felt not just in Cardiff but across South Wales. I also shared the account of a Newport East constituent working at the Cardiff customer operations centre who had reported that Tesco were outsourcing parts of the business to a site in Bury, Greater Manchester, and had called for the company to be more transparent about its plans.

A number of constituents who work at the Tesco centre in Cardiff have been in touch with me, and are understandably devastated to have received the news of the closure out of the blue. There is also a great deal of frustration about the lack of transparency from Tesco on the rationale behind the closure and the number of jobs moving from South Wales to Dundee. I am in contact with the Usdaw trade union, and I know that they will be entering into consultation talks with the company over the coming weeks to push for more information on the business case behind the closure. Tesco still have questions to answer here, and I will continue to monitor the situation closely on behalf of all Newport East residents affected.

Nick Ireland, Usdaw’s Divisional Officer said : “We are grateful to Anna McMorrin MP and her Labour colleagues for combining to raise directly with the Government the difficulties facing our members at Tesco’s Cardiff call centre.

“Consultation talks with the company are continuing and we expect them to continue for as long as it takes, regardless of the statutory period. Our priorities are to keep as many as possible in employment, whether that is with Tesco or other local employers, and to get the best possible deal for our members. In the meantime we are providing the help, advice and support Usdaw members need through this process.”