Please find below a report of my work during June and July. Please get in touch if you have a case you wish me to raise or would like to let me know your views. Surgery dates are listed on my website www.jessicamorden.com and my contact details are listed below.  For updates on my work please follow me on twitter @jessicamordenmp or facebook.

Thank you for re-electing me.

It is a huge privilege to have been re-elected on June 8th.  The result is here.  Whether you voted for me or not thank you for taking part in the election. It’s been straight back to work, so please contact my office if there’s anything you’d like me to raise or help with.  You can find my contact details here.

Here is my statement on the news that the tolls on the Severn Crossings are to be scrapped.

“Having campaigned for many years, alongside Labour colleagues, for the Government to act on the Severn Bridge tolls, the news is welcome. For far too long, commuters and businesses in Newport East and beyond have had to absorb the extortionate toll charges. It’s them that we’ve fought for so it’s a relief that, after years of pressure, the Tory Government has finally listened. The announcement is bittersweet, however, following the news that the Tory Government’s has scrapped its longstanding pledge to electrify the railway line between Cardiff and Swansea.   As always with this Tory Government the devil will be in the detail – my Welsh Labour colleagues and I will ensure the Tory Government is scrutinised, that we have a timetable for the bridges returning to public ownership and that the tolls really are scrapped.  We also need to know what plans they have look after all the highly experienced staff who work on the bridges.”

Queen’s Speech
The Government presented it’s Queens’s Speech in June.  The focus of the speech was on Brexit, with no fewer than eight bills being proposed including the European Union (Withdrawal) Bill 2017-19. There was little else and little for Wales.  After the issues with Wales Act 2017 in the last Parliament, there has been no progress on tidying up and providing much-needed clarity on the devolution settlement, nothing to offer on rail electrification (although we have since heard they are scrapping it from Cardiff to Swansea) and no Swansea bay tidal lagoon announcement, despite the Government sitting on the favourable Hendry report since January.

Labour voted against the Queen’s Speech and for motions to scrap the cap on public sector pay and one on access to the Single Market. Labour’s amendment made clear that we need a Brexit deal that puts jobs and the economy first, protects the rights of EU nationals living in the UK and retains the exact same benefits as we currently have as members of the Single Market and the Customs Union. This reflects the six tests Labour has set for the final Brexit deal and the position Labour stood on at the election.

Last week I took part in my colleague Paul Flynn’s Westminster Hall debate focusing on the UK Government’s plan to relocate the Newport DWP service centre to a new site in Treforest near Pontypridd.

This move would have a huge impact on staff who commute to work; with the majority of the workforce using public transport. Over 200 staff work at the Sovereign House office in Newport City Centre, delivering support and benefit processing services to members of the public claiming ESA and PIP.

In the debate, I spoke on the importance of civil service jobs to Newport and the risks of losing the skills and expertise of Newport DWP staff. The rationale behind the move to Treforest remains unclear -; especially as the Government could potentially be spending vast amounts to create a new ‘super-hub’ that  many staff will have difficulty travelling to.

It’s incredibly disappointing that the PCS Union and staff in Newport had to learn about the proposed relocation from a leak on an architect’s website. This was before Ministers had a chance to undertake an equality impact assessment of the relocation on staff.

In the debate I emphasised that, if the equality impact assessment confirms that staff with travel difficulties or caring responsibilities will experience significant problems getting to work, the Government should re-think its decision to move away from Sovereign House.

You can read the full transcript of the debate online here.

Contaminated Blood Inquiry to be set up

An hour before Labour MP Diana Johnson’s urgent debate on contaminated blood, the Government finally announced a Public Inquiry into what has been described as one of the worse treatment disasters in the NHS. I welcome this development for the families that have been affected in Newport East, who have campaigned relentlessly for justice.  At least 2,400 people have died and the lives of thousands more have been wrecked, including Newport residents.

I spoke in the debate about Colin, a Newport victim who died aged 7, and his family’s battle to get to the truth.  As I said at that time “Nothing can bring back Colin and others, but we can at least have a public inquiry that gets this right. We need to get it right this time, because Colin’s family and others have been through so much over the years that we cannot let them down again.”   I, and others on the All Party Group for Contaminated Blood, will keep a close watch on the Government as the inquiry is set up. 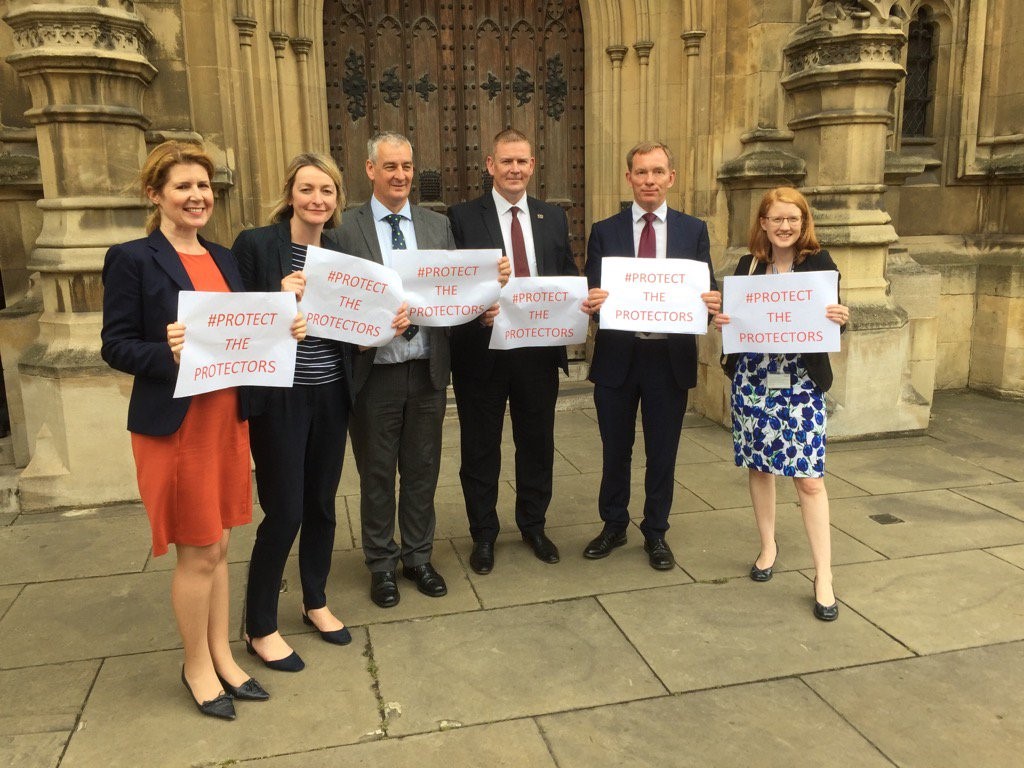 The Crime (Assaults on Emergency Staff) Bill was presented to the House of Commons by Rhondda Labour MP Chris Bryant. I have given my support to this private members bill which would make attacks on emergency workers -; including the Police, fire and ambulance crews -; a specific aggravated offence.

Last year there were over 23,000 assaults on police officers; equating to 450 assaults a week and an assault on an officer every 22 minutes. And that’s just the recorded incidents: research from the Police Federation suggests that there are as actually as many as 6,000 assaults on officers every day, with the average police officer being assaulted as many as 19 times a year. Similarly the number of attacks on South Wales firefighters has trebled since June 2016, and Welsh hospital staff were attacked more than 18,000 times at work between December 2011 and December 2016.

The vast majority of the public are rightly sickened by these attacks on frontline emergency workers, and want to see stronger brought in to deter the culprits. I’m fully supportive of the bill my colleague Chris Bryant has brought forward, and it’s high time for legislation that ensures appropriate protection for dedicated public servants who make huge sacrifices to protect us in incredibly challenging circumstances.

Amongst the contributions and questions I have raised are job losses at Tesco, funding for supported housing, spoken up for the WASPI women, public sector pay here and funding for Wales here.  I have tabled written questions on subjects ranging from Severn Crossings, the New Station Fund, Universal Credits, and PIPs.

This month I have attended local community events such as 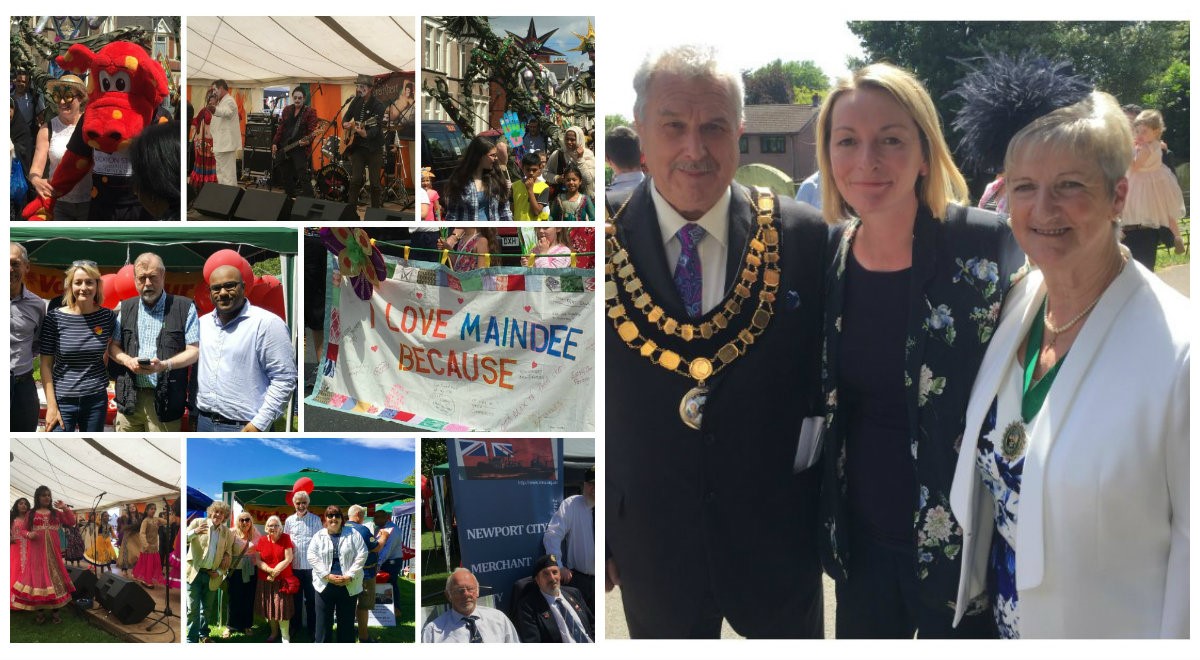 My next surgery date is:

You can find always find the surgery dates on my website.  Please call if you’d like an appointment.  Alternatively you can email me on jessica.morden.mp@parliament.uk

It is always a great pleasure to welcome groups from the constituency to visit Parliament. Past visitors include St Julians School, Newport Mind and Glan Usk Primary School. If you would like to find out about how to organise a visit the Houses of Parliament please ring my office on 01633 841725.