Time for UK Government to Scrap the Cap 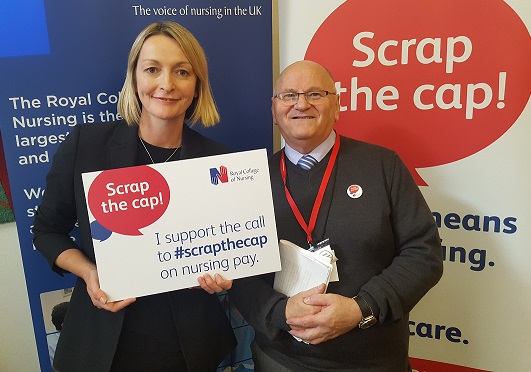 I’m supporting the Royal College of Nursing ‘Scrap the Cap’ campaign, which protests against the continued 1% pay cap on public sector pay.

I met up with RCN members from South Wales ahead of their rally in Parliament this week. The RCN are calling on the Chancellor of the Exchequer to end the pay cap in the upcoming Autumn Budget, highlighting that NHS nursing staff have encountered a real-terms drop in earnings of up to 14% since 2011.

The Conservative Government voted down a Labour motion to end the public sector pay cap earlier this summer, but there is still time for Ministers to do the right thing. The Chancellor’s autumn budget is an opportunity for the Government to finally listen to the concerns of nurses -; whose cause is overwhelmingly supported by the general public -; and make funding available across the UK to allow hardworking NHS staff the pay lift they richly deserve. It’s time to scrap the cap.