Meeting with RSPCA in Parliament 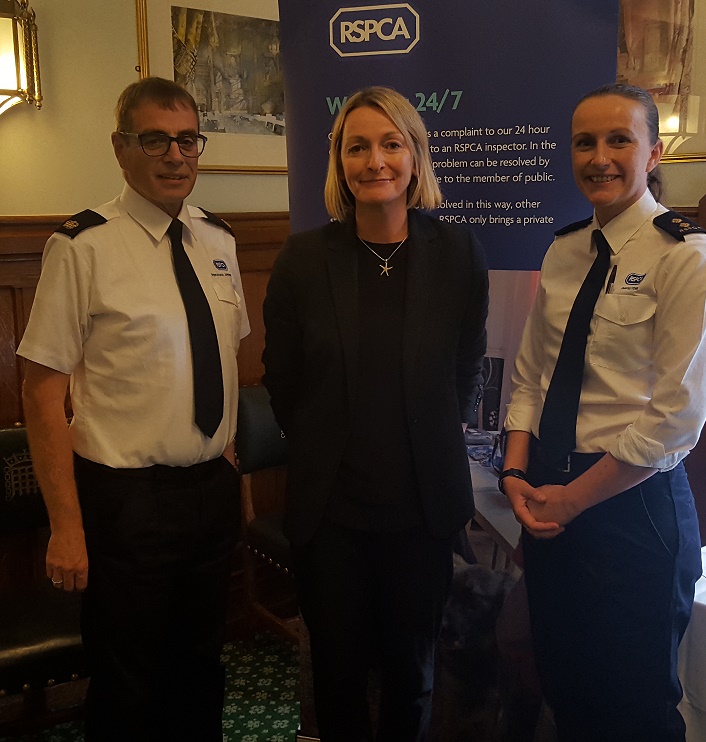 Earlier this week I met with representatives from the RSPCA in Parliament to discuss the charity’s great work in Newport East and the wider region, and to learn more about their campaign priorities for the new Parliament.

Last year in Wales alone the charity rescued over 7,500 animals and rehomed nearly 2,000 -; a remarkable achievement and a great testament to the work of their branch volunteers, inspectors and dedicated animal centres -; including at our local centre in Newport.

In addition to ongoing campaigns to increase sentencing for perpetrators of animal cruelty and ban the third-party sale of puppies, the RSPCA are calling on politicians to ensure that existing EU animal welfare legislation is not undermined as a result of Brexit; and that current national welfare standards -; especially in areas where these are higher than in other countries -; are not undermined in the Government’s negotiation of new trade deals. The Government has agreed that the 44 EU-derived animal welfare and wildlife protection laws agreed at a European level will be adopted into the UK statute book as part of the EU Withdrawal Bill.

I fully support the RSPCA’s call for increased sentences for animal cruelty, and was pleased to support Labour’s pledge on this in our 2017 manifesto. Similarly I agree that we need to do all we can to ensure that animal welfare standards are not jeopardised as a result of the UK leaving the EU. Labour will be holding the Government to account on this as the EU Withdrawal Bill progresses, and later on as new trade deals are formulated.