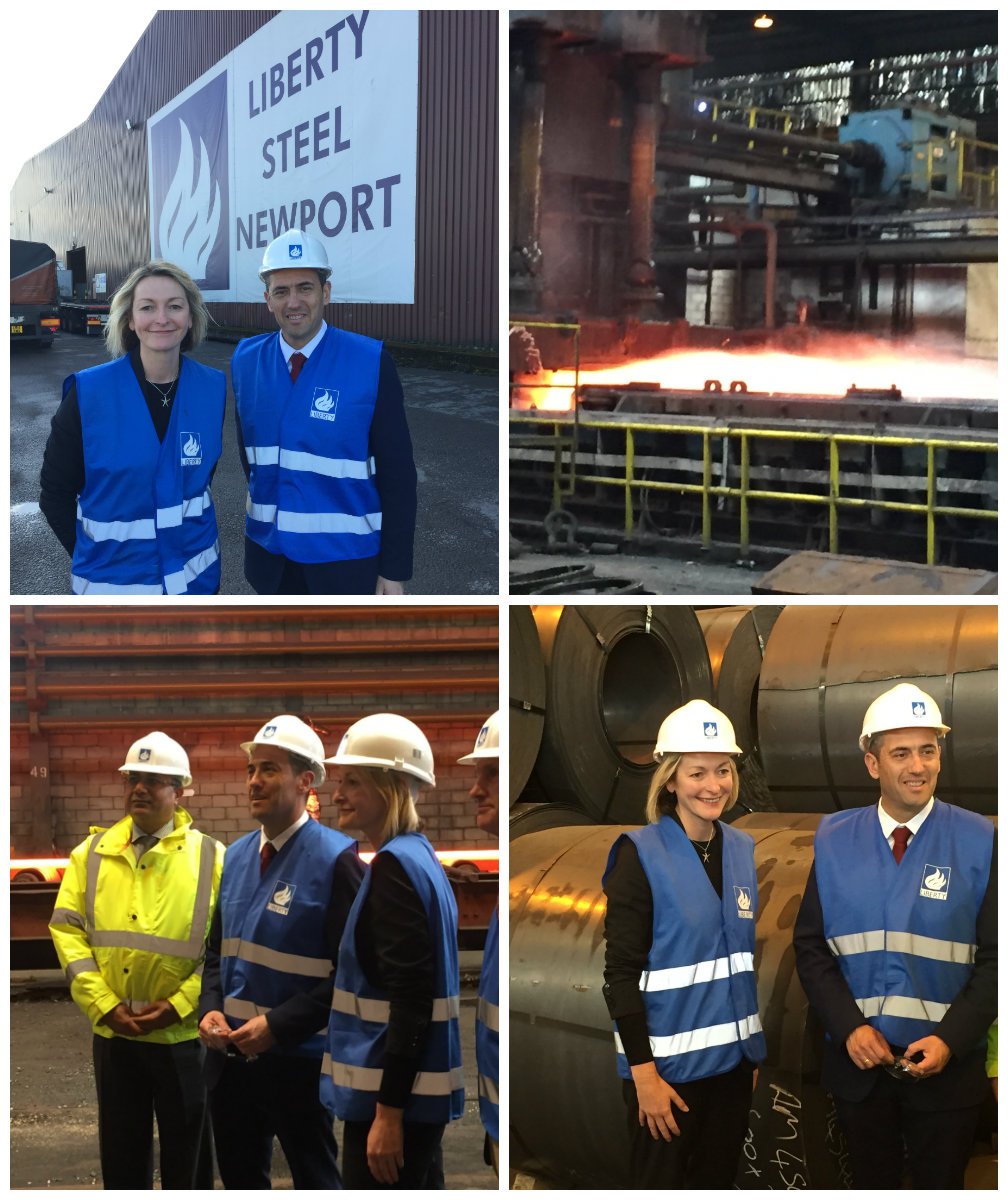 It was good to meet with Tom Koutsantonis – Australian Labor MP and South Australia’s Minister for Finance, Resources and Energy – at Liberty Steel in Newport today. We talked about the exciting and innovative developments to come here in Newport East.

Minister Koutsantonis was on fact-finding tour of Liberty Steel Newport, part of the Liberty House Group which, along with its sister energy company SIMEC, has just bought Australia’s largest integrated mining and steel business.

Under the umbrella of the GFG Alliance, Liberty and SIMEC have been delivering their strategy to revive heavy industry in the UK and other parts of the world by combining steelmaking with clean energy generation, and integrating this with high-value engineering.

During the visit, the minister heard how Liberty had reopened the Newport hot strip mill at the height of the UK steel crisis in 2015 and now runs the plant on renewable bio-liquid which drives its on-site generators. The company intends to invest heavily to restore liquid steel production to the site for the first time in many years by installing an electric arc furnace to melt UK scrap; creating hundreds of new jobs.

He was also briefed on plans to turn the neighbouring SIMEC power station site in Uskmouth into a centre of excellence for a wide range of renewable energy technologies including biomass, waste-to-energy and potentially tidal lagoon power to drive its metals and engineering businesses across the country.

Minister Koutsantonis told me that he was very impressed by the ambitious work going on in Newport.

As representative of a constituency where steel is such a major industry, I can perfectly understand Minister Koutsantonis’ eagerness to protect steel jobs in his part of the world. Both of us believe that the industry can have a sustainable and competitive future and are keen to support green steel companies in achieving this.