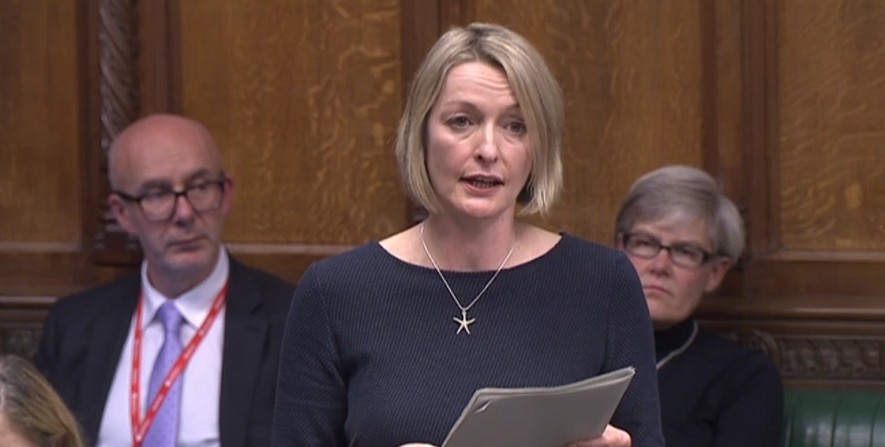 I spoke in yesterday’s Opposition Day debate on Universal Credit, and voted for the Labour motion calling on the Government to pause the roll-out:

“I am keenly aware that the full service roll-out is due to start in the Newport part of my constituency on 15 November. As has been made clear by my hon. Friend the Member for Oldham East and Saddleworth (Debbie Abrahams), and also by a host of organisations including Citizens Advice, Community Housing Cymru-which represents housing associations in Wales-the Trussell Trust, the Child Poverty Action Group, and the staff of those organisations on the front line, universal credit is not working for far too many people.

“Although we support the principle of simplifying benefits, the evidence so far suggests that the design problems in the system, compounded by operational problems, delays and errors, mean that too many people are experiencing real financial hardship. In Newport-and in Caldicot, which will have full service in March-the DWP is dealing with only the simplest of claims from single people without children and without complex needs.

“The ramped-up roll-out will widen to include more claims, as yet untested in the system locally. We have already seen cases of people waiting up to eight weeks for payments, not being able to meet financial commitments, borrowing and incurring interest charges, and struggling to catch up while remaining in debt. In my constituency, a family with three young children moved on to universal credit because of a new relationship, but then had to be moved back on to legacy benefits and tax credit because the system was not yet geared up for such cases. That family were left for eight weeks without a single payment, and had to rely on food banks for help.

“The Government may decide to stick their head in the sand and ignore these valid criticisms, but let me explain what that might mean in my constituency. As I said earlier, the roll-out in Newport is due to start on 15 November. Given the six-week waiting period, my constituents will be lucky to receive their payment on the day after Boxing Day if it is on time, and not until the new year if it is not. No payments before Christmas will mean real hardship, and any payment received will ?be used to survive and to pay for food and heating, which by then-after six weeks with no income-will be a greater priority than paying rent. In neighbouring Torfaen, with the full service roll-out, 27% of Bron Afon tenants who moved on to universal credit in July had to wait an average of nine and half weeks for payment, which led to debt and borrowing from high-interest lenders.

“I know that the Government will talk about advances, but they are not an adequate response. They cover only part of the universal credit claim, and must be repaid through deductions. The point is that people are being put into debt immediately. If half the number of new claimants have to rely on advance payments, the system is clearly wrong, and, as was pointed out earlier by the hon. Member for Airdrie and Shotts (Neil Gray), that constitutes an admission that the system is failing.

“I know that housing associations are doing all they can to help tenants, and that there are heavy demands on their advice services, not least when they are helping those who cannot go online. However, as Gingerbread has pointed out, two thirds of single parents are renting privately. What is happening to those with private landlords? Are they able to negotiate longer repayment plans?

“I, too support calls from organisations such as Community Housing Cymru which want a pause in the accelerated roll-out of the full service until the problems caused by delays have been addressed, improvements have been made in relation to, for instance, the six-week waiting period and the seven days without pay, and-this was mentioned by my hon. Friend the Member for Bermondsey and Old Southwark (Neil Coyle)-the issue of landlord portals has been sorted out.

“Let me finally say a word about our local DWP staff, who are dedicated and extremely hard-working, although I cannot say that I have spoken to many who feel enthused. They are on the front line of the delivery of the roll-out. Their numbers have been cut, and all kinds of changes are taking place in their service. They need to be properly resourced and supported, and the Government must make that a priority.

“The movement on the call charges is welcome but overdue. We now need the Government to move further. We need them to understand the very real impact on people, not least in the run-up to Christmas. They must consider the practicalities, and pause the roll-out.”

You can read the full transcript of the debate here https://goo.gl/pu13NB.