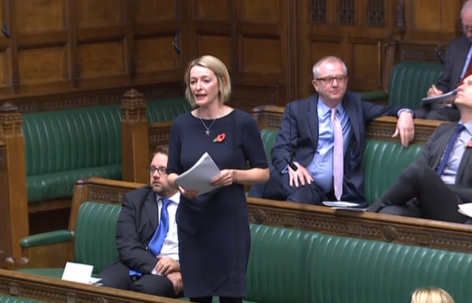 Today in Parliament I challenged the Government to consider the impact of cuts to legal aid in Wales.

Speaking in Justice Questions, I highlighted that Wales has seen one of the largest drops in legal aid providers over the last five years – a decrease of 29% – particularly in the housing sector. I asked if the Government’s belated review into its deep cuts to legal aid would specifically look at the impact of this.

The Minister responding for the Government, Dominic Raab, responded by saying that he was not prepared to “pre-empt or prejudice the scope of the review that has been undertaken.”

Now the government has finally launched this review, I hope they will listen to the senior judges, legal aid providers and charities, and reform a system which is restricting proper access to justice for ordinary people.

As Labour’s Shadow Justice Minister Gloria De Piero has said, access to justice should be available to everyone; not limited to the privileged few.