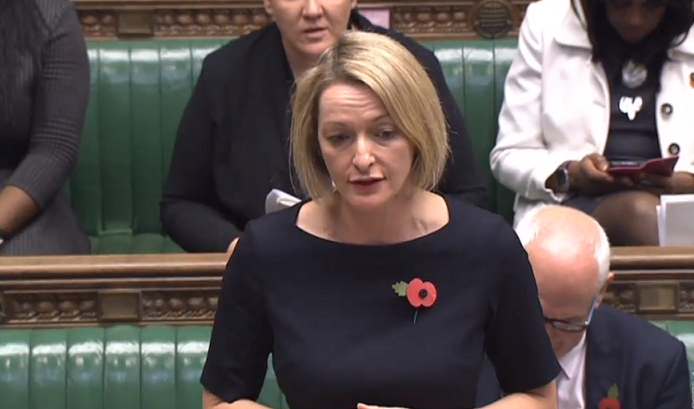 Yesterday in Parliament I challenged the UK Government over its decision to cancel the electrification of the mainline to Swansea.

The cancellation of electrification between Swansea and Cardiff was announced in a Government written statement the day before Parliament rose for recess in September. The decision to cancel electrification to Swansea has been condemned by Welsh Labour MPs, the Welsh Labour Government, Council leaders and business leaders in Wales.

Speaking at the despatch box on behalf of the Shadow Secretary of State for Wales, I highlighted the way in which the issue has divided the Conservatives, who had previously outlined their commitment to electrification during the General Election campaign. I asked “Does the Secretary of State agree with the leader of the Welsh Conservative Party, Andrew RT Davies, who this week said that electrification of the line to Swansea would be beneficial to Wales and that he ‘wished it would still happen’? Andrew RT Davies said he hasn’t ‘given up the ghost in fighting that campaign’, and can I assure that Secretary of State that on this side of the House (the Labour benches), neither have we.”

Welsh Secretary Alun Cairns responded by claiming that the Government was ‘using the latest technology with more capacity’, and pledged that the new bimodal trains would keep to the target 15 minute journey time reduction between London Paddington and Swansea.

The Government’s decision to backtrack on electrifying the mainline between Swansea and Cardiff will have a negative impact on the South Wales economy. The Tory Government’s continued refusal to back major Welsh infrastructure projects -; something which has become even more pronounced since their poor results here in the General Election -; indicates a disrespectful lack of vision for Wales.

As Stephen Crabb highlighted in the previous session of Welsh Questions, Wales deserves better than the ‘second-best option’. We should have the same kind of modern rail technology which other major population centres in Western Europe have had for several years.