Question to Foreign Secretary on plight of the Rohingya people 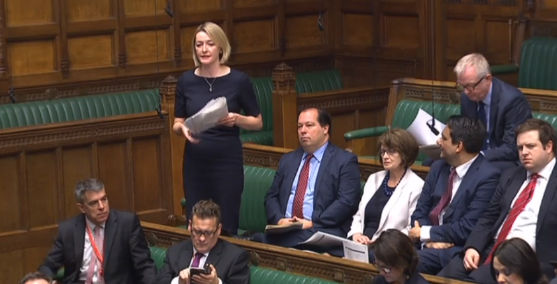 Today in Parliament I asked the Government to consider further sanctions against Myanmar following continuing reports of violence against the country’s Rohingya population.

Myanmar’s Government have been involved in a military offensive against Rohingya Muslims in Myanmar’s Rakhine province since August, causing an estimated 620,000 Rohingya refugees to flee to neighbouring Bangladesh -; often taking dangerous risks in the process. The UN Secretary-General and UN High Commissioner have both described the violence as ‘textbook’ ethnic cleansing.

Speaking in Foreign Office Questions, I said “Three months on from the start of this current crisis we all continue to be shocked by the tragic stories as we see of the plight of the Rohingya people fleeing to Bangladesh and the scale of the crisis. EU member states, as well as the  US Congress, are reportedly considering re-imposing some sanctions against Myanmar’s leaders. What discussions have Ministers had with EU member states on this and what would be the Government’s position?”

In response, Foreign Secretary Boris Johnson said that he had raised the case with European friends and partners, including at a recent Foreign Affairs Council meeting. He said that this meeting had concluded with an agreement to suspend Burmese military visits and review all defence cooperation with Myanmar. He said that additional measures would now be considered as the situation had not improved.

Thank you to all the residents who’ve contacted me on this issue -; I know there has been a lot of concern about the situation in the local community. It’s important that the UK Government plays a role in international efforts to pursue peace in Myanmar.