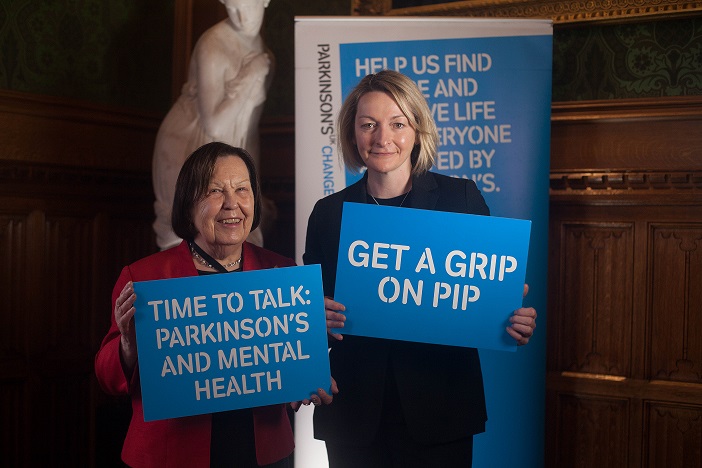 I recently joined Baroness Anita Gale and Parkinson’s UK to mark 200 years since Parkinson’s was first recognised as a condition.

I met with representatives from the charity and people affected by Parkinson’s in Parliament to hear about the charity’s ambition to bring forward the day when no one fears Parkinson’s.

Staff and volunteers told me about the huge strides that have been made in understanding the condition since James Parkinson’s Essay on the Shaking Palsy in 1817, but also the work that is still to be done as there is no cure for Parkinson’s and current medication can’t stop the condition from progressing.

Parkinson’s UK highlighted the issues faced by people with Parkinson’s, including getting the right financial support to help with the extra costs of living with the condition.

I heard how 25 per cent of people with Parkinson’s are losing some or all of this support as they are moved from Disability Living Allowance to the replacement benefit Personal Independence Payment, leaving people unable to pay for aids and adaptations, energy bills and transport.

Parkinson’s affects one in 500 people in Newport East, and can cause a myriad of symptoms including insomnia, depression, and hallucinations, robbing people of their independence. But through more research, improved services, and empowering people with Parkinson’s to take control, their lives can be turned around.

For advice, information and support, visit www.parkinsons.org.uk or call our free, confidential helpline on 0808 800 0303.