Call for reduction on FOBTs stakes 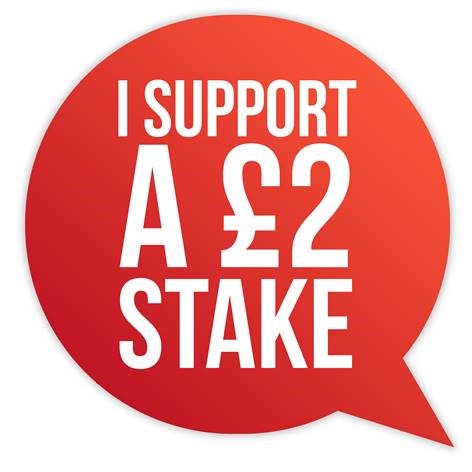 Along with a cross-party group of MPs, I have signed a public letter to the Times newspaper calling on the UK Government to make a decision on the issue, and reduce the stake on FOBTS from £100 to £2. The public letter highlights the social harm caused by the machines, and the role they play in exacerbating the risk of problem gambling, which the Centre for Economics and Business Research (CEBR) estimates costs the UK £1.5 billion each year.

There are an estimated 33,000 FOBTs located in betting shops across the UK, all allowing gamblers to part with up to £100 every 20 seconds. Last year there were more than 230,000 individual sessions on FOBTs where the user lost more than £1,000.

Fixed odds betting terminals cause huge losses for those who can least afford it. They may be highly profitable for bookmakers, but they are also highly addictive for ordinary users. Across the UK, including here in Gwent, there are individuals who have lost vast sums of money -; and in some cases homes, jobs and family relationships -; after falling into the trap of problem gambling. FOBTs allow bookmakers to take advantage of these individuals at their lowest ebb.

While there is widespread support for a reduction in the stake in Parliament and across the country, we know that Ministers will continue to be lobbied relentlessly by representatives from the gambling industry who want to uphold the dangerous status quo. As the public letter I have signed states, it is time for the UK Government to rise above this and answer to its moral duty to reduce the stake on FOBTs to £2 to protect the most vulnerable in our society, including poorer communities, families and children.

Sir, As the government nears making a decision on the stake on fixed odds betting terminals (FOBTs), we urge the prime minister to make the decision in the best interests of our country and reduce the  stake to £2.

FOBTs cause much social harm and huge losses for those who can least afford it. It is of profound concern that last year there were more than 230,000 individual sessions in which a user lost more than  £1,000. These machines are reportedly increasing the risk of problem gambling which, in turn, carries a significant economic and societal cost. The Centre for Economics and Business Research (CEBR) estimates that this costs the UK £1.5 billion a year. Beyond this, FOBTs are driving violent crime and money laundering.

Parts of the gambling industry speak of the potential loss to the economy if these machines are restricted to £2. Yet the CEBR finds that the impact has been exaggerated. Its model projects that industry losses could be up to 47 per cent lower.

The government has a moral duty to reduce the stake on FOBTs to £2 to protect the most vulnerable in our society including poorer communities, families and children.