April and May Parliamentary Report 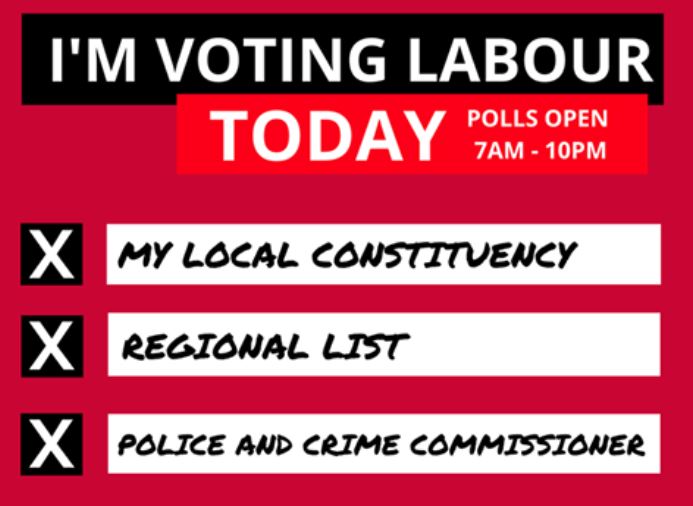 Please find below a report of my work, as your Member of Parliament, in April and May. Please do get in touch if you have a case you wish me to raise or would like to let me know your views. Surgery dates are listed on my website www.jessicamorden.com and my contact details are listed below.  For updates on my work please follow me on twitter @jessicamordenmp or facebook.

At the end of this week important new data laws are coming into place.  This means you need to let me know that you want to stay in contact. I would like to keep sending you updates about my work in in Parliament and Newport East via email, but I need you to let me know you wish to continue receiving them.

Many of you have already replied to my email last week but if you haven’t yet had chance please email jessica.morden.mp@parliament.uk to confirm you want to stay on my mailing list.

You can unsubscribe at any time. If you would like to know more about how we use your information click here .

In May I led an adjournment debate on the Magor and Undy Walkway Station campaign.   My thanks to the excellent campaign group Magor Action Group On Rail who have campaigned enthusiastically for this for many years. The debate gave me a great opportunity to make a positive case for a new walkway station in the presence of Department of Transport Minister, Jo Johnson MP.

The Department for Transport will start considering bids for the next New Stations Fund in the near future.

You can read the debate in full here: https://goo.gl/4f3PJP  and I have continued to raise the issues around local rail services between Severn Tunnel Junction and Bristol with Great Western. 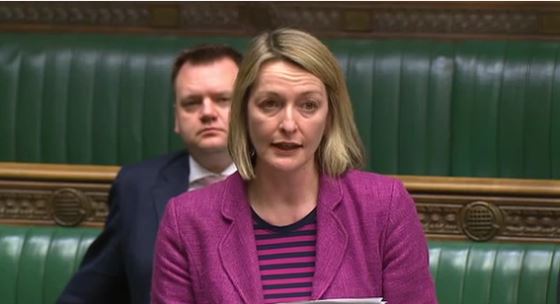 In Business of the House Questions I called for a parliamentary debate on internet scams, on behalf of a constituent who was the victim of an online bitcoin scam, similar to the issues raised by money saving expert Martin Lewis in his case against Facebook. I also raised this with Department of Culture, Media and Sports Ministers here.

Last month it was revealed that potentially thousands of people from those who arrived from Commonwealth countries between 1948 and 1971-known as the Windrush generation – and their children have been badly let down by the Home Office.

Their treatment has been nothing short of an outrage and while I am pleased that the new Home Secretary is attempting to get to grips with this and ensure everyone affected has their status confirmed, Home Office leaks show the level to which officials knew of the problems being faced.  I have raised this in the Chamber with the former Home Secretary Amber Rudd on behalf of constituents affected. You can watch my question to the Home Secretary here

Two weeks ago, Gerald Jones, MP for Merthyr Tydfil and Rhymney, led a debate on DWP office closures in South East Wales, which I supported along with other colleagues. We have a dedicated and skilled team in Newport and we should not be losing expertise and jobs in our community.  Here’s a link to the debate in which I talked about the staff at Sovereign House Newport who are affected by the move to Treforest from 2021.

Nick Smith, MP for Blaenau Gwent, last week tabled a debate on the 70th anniversary of the NHS and public health, which I was pleased to support.

You can watch my contribution to the debate here:https://goo.gl/N5hgUo

Last week I spoke on behalf of constituents affected by spina bifida during the debate on mandatory fortification of flour with folic acid led by Owen Smith, MP for Pontypridd.

Many families across the country with a personal connection to spina bifida cannot understand why the UK has not introduced mandatory fortification of flour. Other food products, such as cereal, are fortified with folic acid; and the rationale for excluding flour from fortification is unclear.

You can read my contribution in full here and read more about the Charity, SHINE’s campaign here. 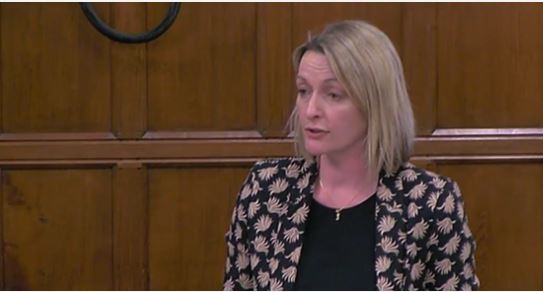 Last week I spoke against UK Government cuts to legal aid during a Westminster Hall debate on Public Legal Education. Knowing your rights is one thing, but being enable to enforce them in a real court is what really matters and the Government’s cuts to legal aid have made it more difficult to access justice. You can read the debate here. Government’s failure on police funding

Locally, Gwent has seen its budget cut by 40% in real terms since 2010 and has meant the loss of about 350 frontline officers and 200 members of staff.  Because of the Welsh Government Gwent Police has 101 PCSOs – we would only have had 30 without this support.

I recently raised the fact that despite Gwent police paying the apprenticeship levy to the Treasury, they are yet to see a penny of it back to spend on training and skills for uniformed officers.  Policing is clearly not devolved and it is just not good enough for the UK Government to pass responsibility to the Welsh Government when the money involved does not even cover their Treasury spending cuts. My question is here.

I have continued to stand up for our steel industry in Parliament in questions to the Government Ministers and as a member of the All Party Steel Group. I called on the UK Government to take action to give greater support to the steel sector and ensure a more sustainable future for the industry.

This month we also learnt that TATA steel is selling Cogent (Orb) steelworks. You can read my statement on this here and along side John Griffiths AM I have been in regular contact with senior managers at the plant.

I was pleased to see the decision to reduce the stake on fixed odds betting terminals (FOBTs) from £100 to £2.

Along with a cross-party group of MPs, I signed a public letter to the Times newspaper calling on the UK Government to make a decision on the issue, and reduce the stake on FOBTS from £100 to £2.  You can read the letter here.

The public letter highlighted the role FOBTs play in exacerbating the risk of problem gambling.

This week I raised the issue of waiting times for appointments for Universal Credit verification meetings causing debt issues.  You can read my question here. 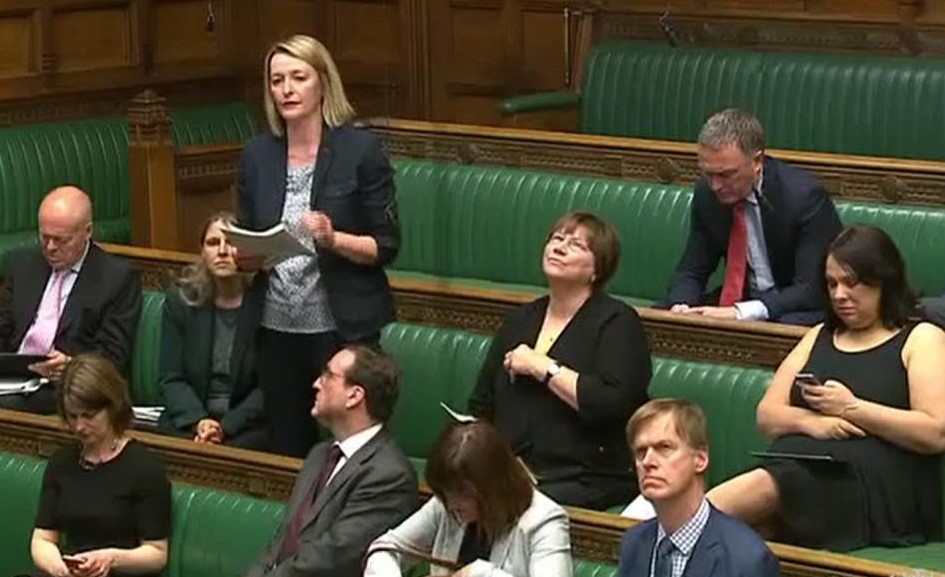 At Treasury Questions I called on the Chancellor of Exchequer to ensure that members of the Roadchef Employees Benefit Trust, including current and former employees at the Roadchef outlet in Magor, are reimbursed money they are owed by HMRC. You can read my question here

The Roadchef Employees Benefit Trust (REBTL) operated a profit sharing scheme approved by HMRC for the benefit of Roadchef employees. In January 2000, the former Chief Executive of Roadchef, and former director of REBTL, paid over £10.6m to HMRC as part of the proceeds of shares from the Trust. In 2014, the High Court ruled that the whole transaction was void -; and, crucially, that the share proceeds belonged to the Trust. The Trust has recovered what it could, but HMRC still refuses to return the money that belongs to members of the Trust; including a number of Gwent-based Roadchef employees at Magor Services.

We are still waiting for the EU Withdrawal Bill to come back from the House of Lords, who voted by a majority of 50 for the government to set up a body to maintain EU standards on environmental protection standards after Brexit.  Other defeats for the Government in the House of Lords came on the customs union, the Irish border and removing the precise date of Brexit (29 March 2019) from the legislation.

A constituent who lives in Newport, but sought asylum here from Cameroon has met with me to raise his concerns about the violence in Southern Cameroon. I raised the issue with the Foreign Secretary last week at Foreign Office Questions and I have also received this written reply.

In Parliament I have also:

My office has helped constituents with issues ranging from Universal Credit, Police matters, PIPs, Immigration and more.  I have held advice surgeries, met with local groups and attended many events across the area.  Some of these include: 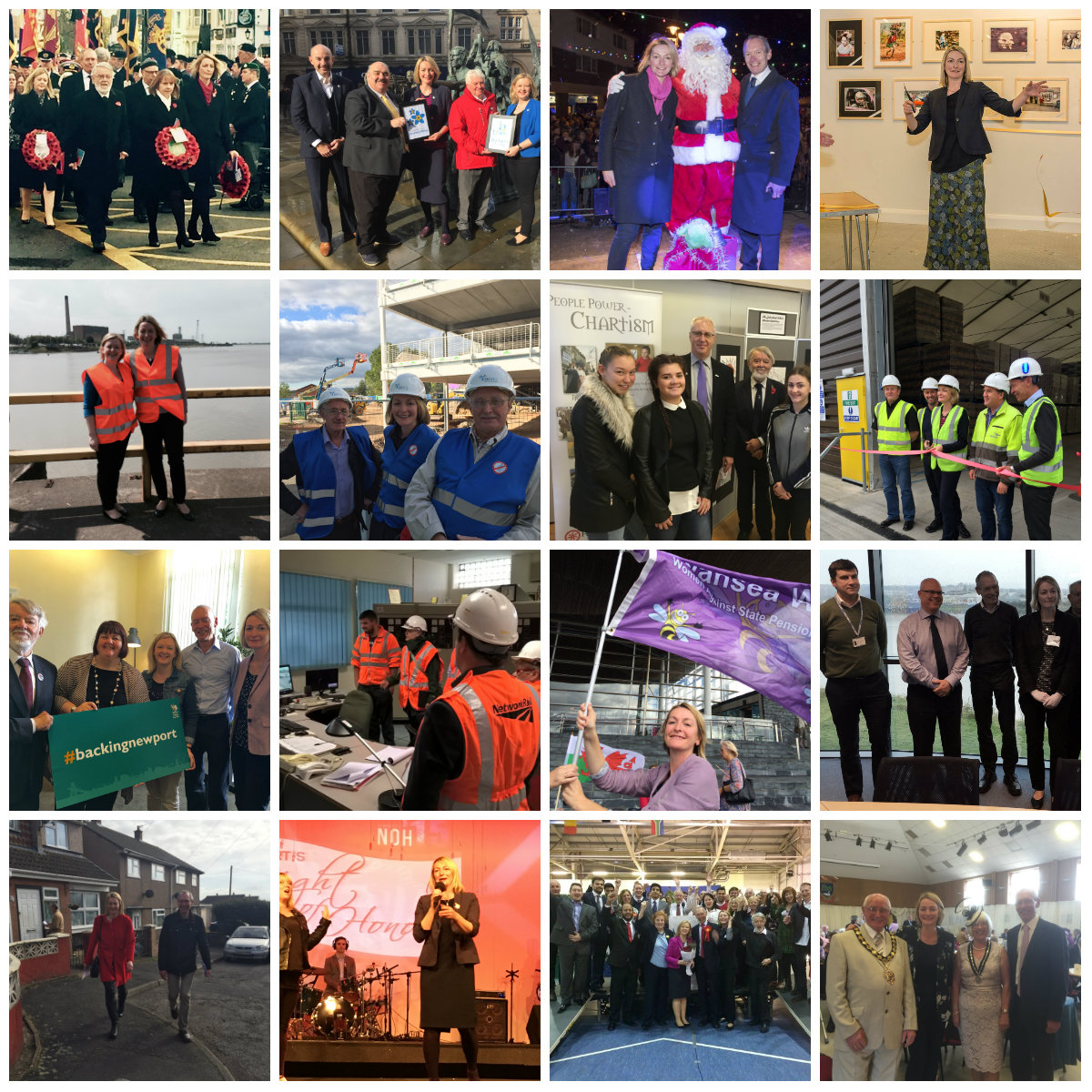 You can always find my advice surgery dates on my website www.jessicamorden.com