I recently brought a ten minute bill before Parliament which calls for changes to how the benefits system works for those who are living with a terminal illness.

At present, in order to access benefits quickly people with unpredictable terminal conditions including Motor Neurone Disease and cancer are having to prove that they have six months or less left to live; and they risk losing their benefits altogether if they live longer than three years.

The issue of access to benefits cuts to the core of the moral purpose of our social security system, and the values of the society we want to live in. As I said in my speech introducing the bill, in 21st century Britain, we cannot tolerate a situation where some of our most vulnerable citizens and their families are forced to spend their final months together wrestling with the complexities of an obstructive benefits system. 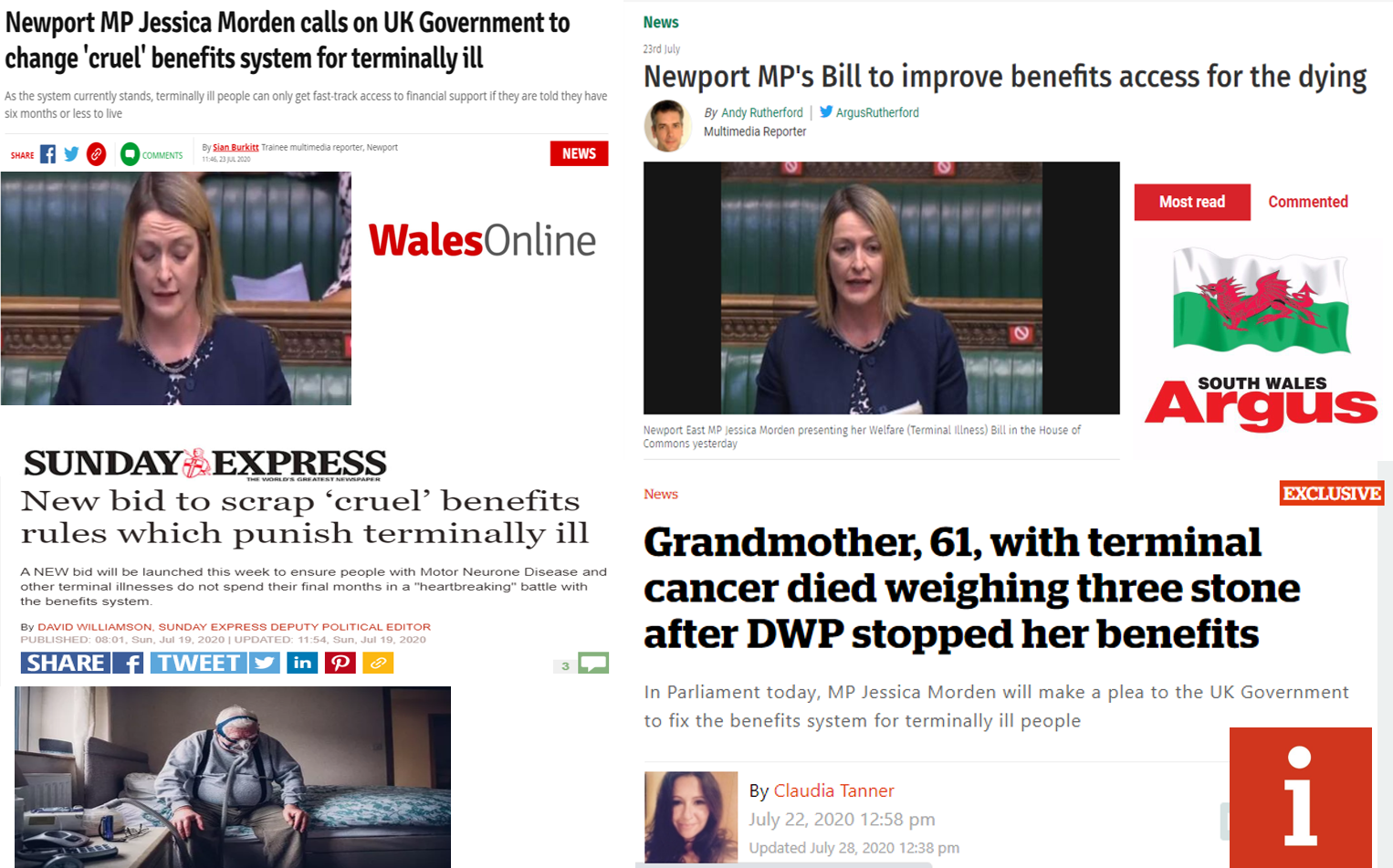 A long and frustrating year has passed since the government announced a review into access to benefits for terminally ill people. Ministers at the Department of Work and Pensions have indicated to me that there should be some movement soon which is welcome, but at the time of writing we are still waiting to see the details. I hope this formal response to the review will be brought forward as soon as possible, and more importantly, that the government will now make suitable provisions to ensure that our welfare system works for people it was built to serve in their time of need.

You can read the full transcript of my speech introducing the bill here, or watch it online here. 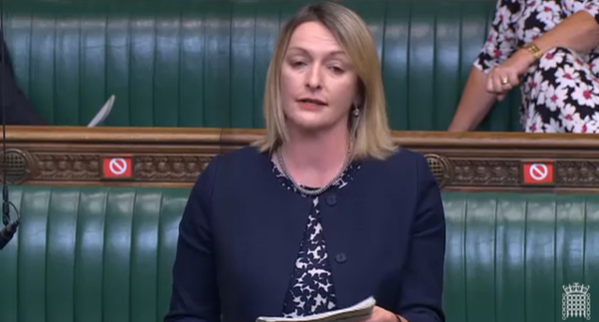 Ahead of the Parliamentary recess I spoke in the Adjournment Debate in the House of Commons to highlight a number of the issues constituents have raised with me recently: from the need for ministers to get behind our steel industry to the impact of coronavirus on women and the persistent gaps that exist in UK Government support for businesses during the pandemic.

The debate was also an opportunity to say a heartfelt thanks to all the individuals and organisations locally who have been there for us and maintained services throughout this unprecedented crisis: from our wonderful NHS staff, emergency service workers, retail staff, council workers and school staff to the voluntary groups that have done so much unsung work on the ground. This of course includes the two food banks based in Newport East—Raven House Trust and Caldicot Food Bank —and the Trussell Trust, Jesus Cares and Feed Newport, which all do such a wonderful job.

As I mentioned during the debate, it’s vital we thank those who do not do it for the thanks. You can read my speech in full here.

As co-chair of the All Party Steel Group I’m backing the steel unions’ campaign calling for the country to get behind our steel industry. The ‘Britain: We Need Our Steel’ campaign, led by Community, GMB and Unite, calls on the UK Government and employers to “work together to create a plan that both uses Britain’s steel and invests in our industry and our people.” I took up the issue in a recent Business Questions session in the Commons, asking the Leader of the House Jacob Rees-Mogg for an opportunity to press Ministers to commit to using Britain’s steel as we rebuild from the pandemic, and to getting all government departments signed up to the UK Steel Charter.

There’s a long and proud tradition of steelmaking here in Newport East and it’s our industry which should have a really bright future, because as we rebuild after this crisis to make a cleaner, greener country we’re going to need UK steel for our rail projects; for our buildings; for our infrastructure projects; for energy; and more. I’d encourage everyone to support the Britain: Need Our Steel petition – you can sign here.

I was recently elected co-chair of the new All Party Parliamentary Group on the Western Gateway, a cross-border strategic partnership promoting and maximising economic growth across South Wales and the west of England to create jobs, boost prosperity and support the world-renowned universities and businesses of the region.

The Western Gateway project has the potential to add more than £56 billion to the UK economy and benefit businesses across South Wales and the West of England, an area with a population of some 4.4 million people. I raised this in a recent question to the Secretary of State for Department for Housing, Communities and Local Government – you can read my question and his response here.

Newport Cricket Club have been going since 1834 thanks to the hard work and dedication of volunteers.They’ve been hard hit by the pandemic, which also saw the cancellation of Glamorgan fixtures scheduled to take place in Newport. The club need our help now, and I’d encourage everyone to have a look at their fundraiser campaign. The funds raised will help sustain their valued Junior Winter Coaching Programme, which has helped thousands of young people engage with the sport locally over many years.

July 3rd marked the last shift at Orb steelworks. It was a desperately sad day for Newport and the end of an era after over 120 years of high-quality steelmaking at the site.

It also represents a massive missed opportunity for the country as a whole – with the right investment, Orb could have produced the electric steels needed for electric vehicles, which the Prime Minister has previously claimed he wanted Britain to be a world leader in.

As I’ve emphasised repeatedly in Parliament and in meetings with ministers, the situation at Orb raises a generation-defining question for the government – do we want to be a country that manufactures goods or one that just imports them? Orb should never have been allowed to close, and we urgently need a comprehensive UK industrial strategy if we are to avoid future days like July 3rd. 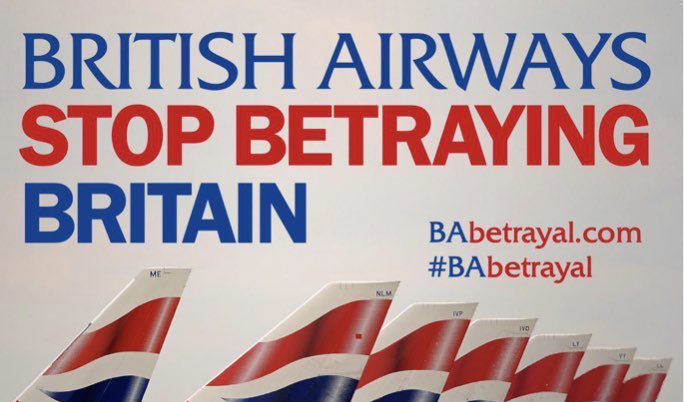 I’m supporting Unite The Union’s campaign for the Government to take action to address the impact of British Airways restructure, job losses and changes to terms and conditions; something which Keir Starmer also raised in Prime Minister’s Questions.

Labour has consistently argued for a sector-specific deal for aviation. I agree with the comments made by Jim McMahon, Labour’s Shadow Transport Secretary when he said ‘The Government should have stepped in sooner and done more to protect their jobs. The aviation industry is critical to the UK economy, but workers should not be being laid off by those at the top who have reaped the rewards from their hard work’.

You can read more about Unite’s campaign here.

In the most recent Attorney General questions I raised the issue of access to justice for domestic abuse victims.

In my question, I highlighted that there has been an 83% increase in domestic abuse-related crimes in Wales since 2015.  I said “The £85 million promised by Government to the CPS will go nowhere near the £225 million cuts made by the Government. What assurances can the Attorney General and Ministers give victims that the resourcing is sufficient for their cases to be dealt with effectively?” You can read more on my website here. 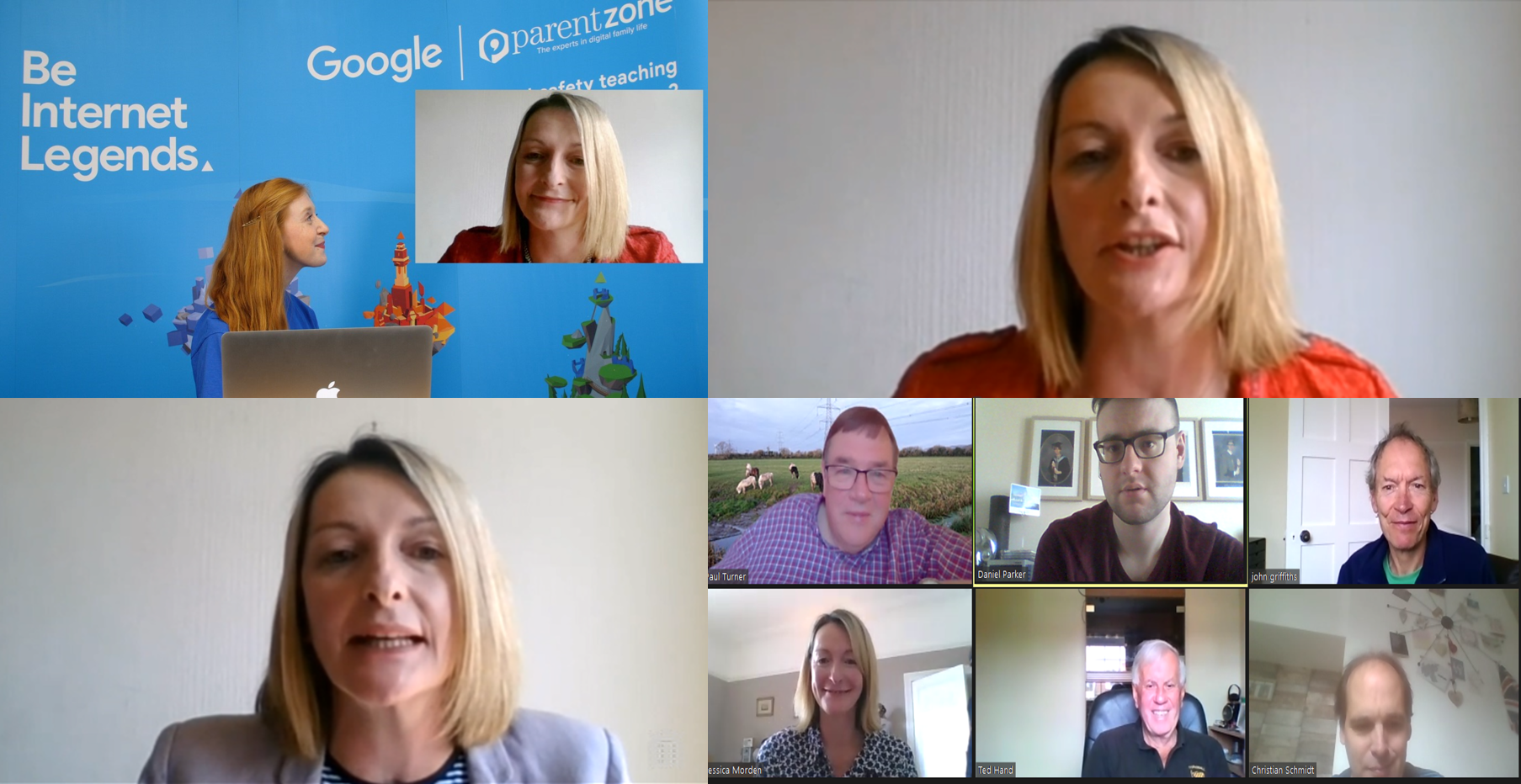 Here are a few other issues I have been involved with over the last month: 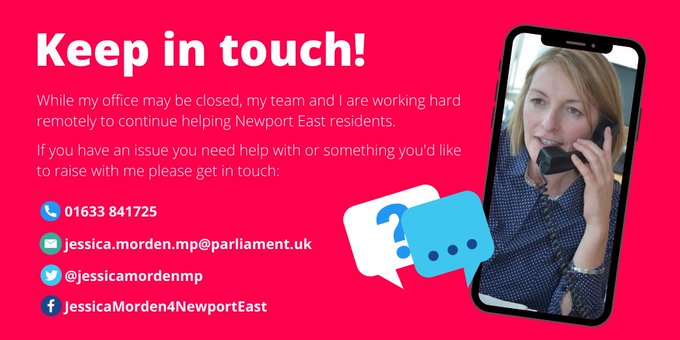